My powermeter has arrived! Woohoo!  I ordered a torque wrench too which should be here tomorrow, so then I can make sure I have it 100% properly installed.  I plan just to ride with it over normal routes this week, and then maybe next week try an FTP test to set my zones.  I really hope I don’t mess up the installation, as long as it is as easy as described, it should be all good! 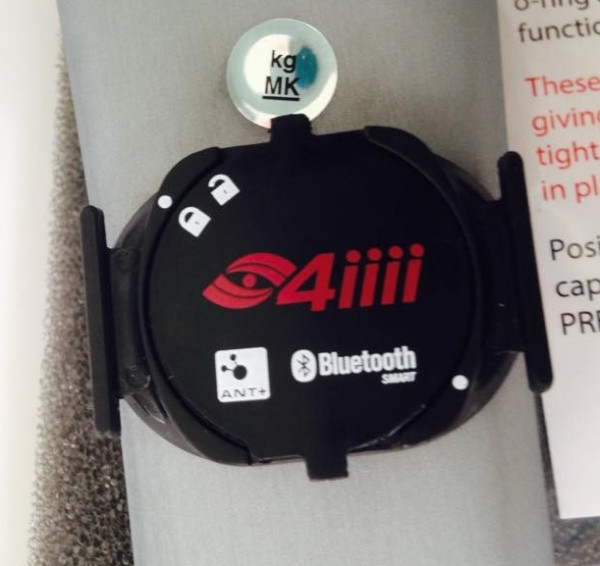 To normal business, today I’m going to run with Katja straight after work, then eat and head straight to swim training. I might swim with the group tonight, as long as they don’t have too much crap planned!

Tomorrow I will ride with my powermeter for the first time ever!  I’m very interested to see what sort of wattage I put out, I would guess it won’t be too high apart from on the hills, an FTP for 300 watts would be great, but I doubt I am there right now.

Wednesday I might ride and swim, that would leave Thursday as a run day and Friday as another cycling day.

Saturday is Mannheim marathon day.  Katja is injured so won’t run, so either I need to find someone to take her place and possibly run 35km, or hope that I can switch to the half marathon.  It’s not a certainty that I will be able to change to the half, but we will see on Saturday.  That’s why I want to get lots of cycling done in the week, so that I can get 300k done without a ride on Saturday.  If I can switch to the HM, I will be looking at going for a PB again.  I have tried to work out what the Backeslauf meant with regards to form, but I could only narrow it down to – faster than 1:25, slower than 1:18:30, but that was pretty clear anyway!  It’s be interesting if a sub 1:20 shot was possible, I think I am quite near to it, but not quite there yet.

Sunday I want to watch and support the people I know running the Mainz marathon/half marathon, then do a longer ride.  The length of the ride will probably depend on the weather and how much I manage during the week.  to do my 1800k in May challenge I would like to manage 300k+ this week, leaving me 3 weeks to do 1200 more.  Next week has a holiday, so I would shoot for 400km leaving 800km.  The week after I would go for 300km, leaving me 500km to do in my week off, which should be easily doable., maybe even allowing a little rest before my TT debut on May 31st!

I’ll be writing a review of the 4iiii precision in the next few days, then a Mannheim race report and then the end of week report, so I should be on here quite a bit!