I thought I could start to write a few shoe reviews. I have started testing out different shoes nowadays in the hunt for the perfect pair.
The best place for me to start, is with my favorite and most often used pair of runners, the Skechers Go Run Ultra. 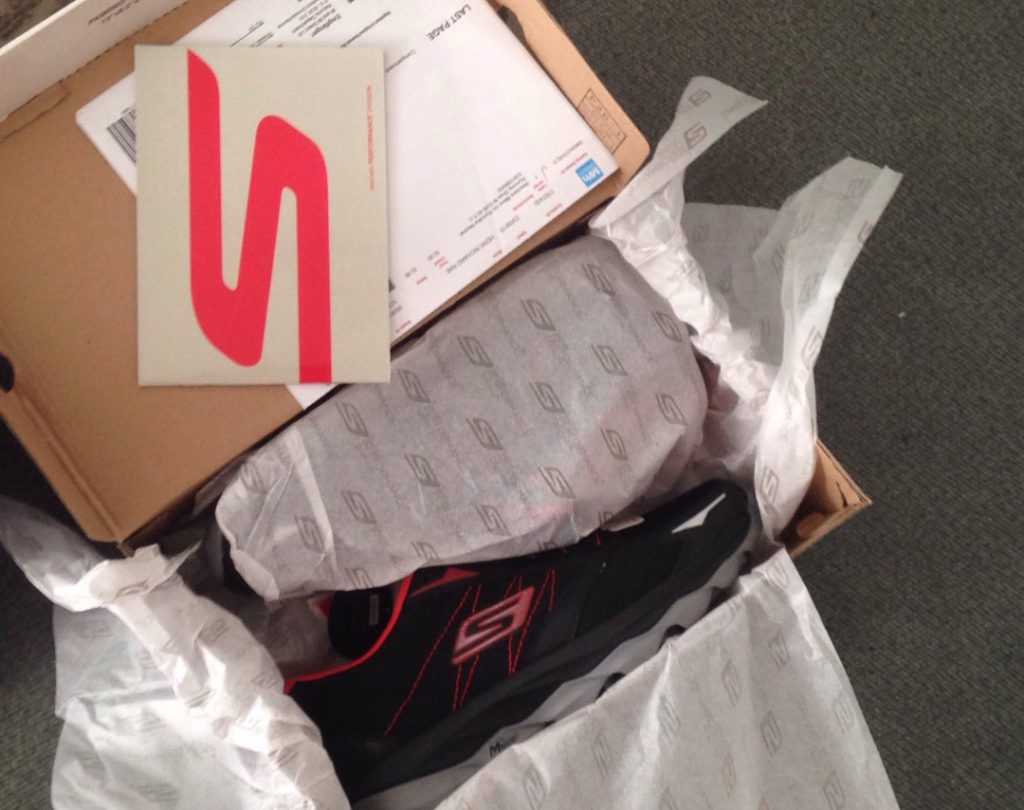 Now I know, Skechers aren’t seen as the most serious of running brands. They are often mocked on Letsrun and seen as shoes for people who don’t run. The performance line is actually pretty good though.  I won my first pair of Skechers Go Run Ultra in 2015 in a Skechers facebook competition and since then have bought at least 3 pairs of the ‘normal’ and 2 pairs of the road versions.

The normal Skechers Go Run Ultra are maximal shoes but with a relatively low 6mm drop. Even though they have a massive sole, they don’t weigh too much, only 240g or so in my size of 42.5 (UK8.5). I find that they are very comfy shoes to run in. They don’t slip and slide much and the toe box is wide enough that my quite wide feet fit in fine, without being too wide.  I have used these shoes in marathon, half marathon as well as 10k races and was very happy with them.  There is a reason that I bought 3 pairs at the start of the year!  The other big reason is that they are often cheap. You can usually find them on offer somewhere for 50-60€, which nowadays really isn’t a lot.

There are of course negatives too.  The first of the 3 pairs that I used this year were worn out after 400km. I was running 120km per week at the time, so I got less than 4 weeks out of them before the soft foam sole was flat at the sites that I use most (the inner part of the forefoot).  Since then I have been getting 600km or so from each pair. I don’t know why the first pair went so quickly. Maybe because it was cold so the foam was harder and wore out faster?

I also bought a pair of Skechers Go Run Ultra 2s this year. They are essentially the same at the first version in every way that is important to me, they don’t really need any extra commentary.

The Skechers Go Run Ultra Roads are another story.  I had wanted to try them for a while, so got myself a pair this summer.  They are generally a bit more expensive than the non-road versions.  The first thing I noticed when I got them was that they are heavy!  They weigh about 70g per shoe more than the normal version. That is a lot!  The extra weight it at least put to some use. The sole is a much tougher material and thus I can get 800km+ out of them no problem.

My main issue is that the non-road version can be my every race shoe. But I don’t want to wear heavy ass shoes for a 10k race. That means the Roads are really only for training, or a marathon.  Even then the weight would be a big disadvantage, and they don’t feel more comfortable for the extra weight.

I am moving away from the Skechers Go Run Ultra nowadays, after more than a year of using them for probably more than 90% of my runs.  Skechers have so many different versions of each shoe, and they misadvertise the weights of the shoes too. Sizing is often inconsistent on websites selling Skechers. Sometimes they show a UK8 as an EU42.5, sometimes a UK9 is a EU42.5 and sometimes it is correctly shown as a UK8.5. I like the fit and the price, but I want more consistency than Skechers seem to offer, so I will checking out other options in the near future.