It feels like I am over the hump. My 16 week plan builds for 13 weeks, then tapers for 3. Even though the first week of tapering is far from easy, it looks easy compared to the last month!  This is the last week of the build and it ends with the Zell Team Sprint.

Just a quick note, I have Tuesday and Thursday off work, so will be trying to get my long run and long ride in on those days, so that I am in good shape on Sunday for the race.  I’m not 100% sure of how I will manage with week, but Saturday will be quite easy, but with a swim, bike and a run!

I am feeling a bit better now, I am still tired, but maybe not in a hole like I was.  My confidence is rising too, the end is in sight and my training has gone well. I could have done more hard sessions, but I my right calf is a bit dodgy for fast running, and I have been struggling with the number of hours, without much quality!

The traglufthalle is gone, so swim training is in the outdoor pool now. Lots of people turned up to training and we actually had the whole pool to train in, though there were no lane markers. Training was pretty good, but it only lasts 1h now, so I was finished before I wanted to be.  I practiced my sighting quite a lot, it felt fine most of the time. I cycled to the pool and back.

I had Tuesday off work and had planned a big day of training. Katja wanted to visit Germersheim, a uni where she has a masters spot, but she isn’t sure about going there. We got the train there and wandered around for a few hours. I stupidly ate a 2 scoop ice cream.  I got out of the train early and decided to run home.  Mettenheim seemed like it would be about 30km away, so I got out there.

I set off straight into a head wind, my stomach was very unhappy and I was having frequent ‘breaks’.  In Oppenheim I had to go again, but I was in the town, so I had to walk to a toilet, meaning a big break in the run.  After about 2h I was feeling dehydrated, so I stopped at a Netto. There was a long queue and I accidently bought fizzy water, so my stomach was further annoyed.  After a final stop in Bodenheim, the last 5km or so were fine and I sped up, but all in all it was a nightmare run.  I was so badly chafed and my stomach was a mess.  Anyway, it was 31km in 2h30, also shorter than I had planned.

I just went to TBB 25m pool to swim after work.  Just after paying at 16:45, I was told that all of the swimming lanes were booked after 17:00. Great.  Luckily as it was hot and sunny, the indoor pool was pretty empty.  I took a line next to the lane marker and swam my session. Some bitch decided to get in and swim exactly where I was swimming, so I made a point of swimming straight at her and kicking water up whenever I passed her, she moved over after about 15 minutes. I did a 10x100m leaving on 2mins as my main set. I was getting in on 1:38 or so, it felt quite good.

After 1h05 I was done, the pool was filling up with more annoying floaters (they weren’t swimming anyway), so I left.  I cycled home, though it was only 7km.

This was the big one, I had a 6h ride planned.  It was set fair, but would get hot later on, like 33 degrees hot.  I set off after a big breakfast at 10am.  I had found a GPS that would get me to about 6h online, so i planned to follow that.

My legs felt tired from the start, but I was always comfortable.  I wanted to try to get a good 3h donw before stopping to eat and drink.  After 80km or so I saw a fountain that seemed to have drinking water, so I filled up there.  After getting off course due to closed roads, I eventually looped back into Zellertal, somewhere I had never been 6 weeks ago, but have been 3 times now!

I had guessed that I had 100km done, but actually I had 110km, I was feeling good, if somewhat warm and in need of food/drinks.  In Worms I decided to kick on to Osthofen, where I knew I could stop and fill up, except I got a bit lost and didn’t get to Osthofen.  Now with 150km done, I was getting into some trouble, I needed to drink.

I just ran on Friday, my legs seemed to be feeling good and I had to actively slow myself down a few times. I did 13.6km in 1h, faster than normal, but felt easy.

I didn’t want to destroy myself and be tired for Zell tomorrow, but I needed to get some hours in too.  I started off with an easy run for about 1h. My stomach wasn’t great, but otherwise all was fine.

Later I rode the road bike a bit to get to the pool. I thought the route I had planned would take 1h, but it took 36mins! My legs felt tired when riding.  I swam for 30 mins in the freibad, mainly 200m intervals until I got to 1500m, then I cycled around a bit to get home.  I had done about 2.5h but it was an easy day.  It did mean that I wouldn’t manage my 20h planned week, but I have to accept that with the team race tomorrow.

So I only managed about 17.5h this week, not 20h.  I am fine with that given that I had a great long ride and a dreadful long run, along with a race and 4 swims!  There is no need to catch up the hours, I think I am pretty much done and ready to taper, everything feels like it is falling into place. 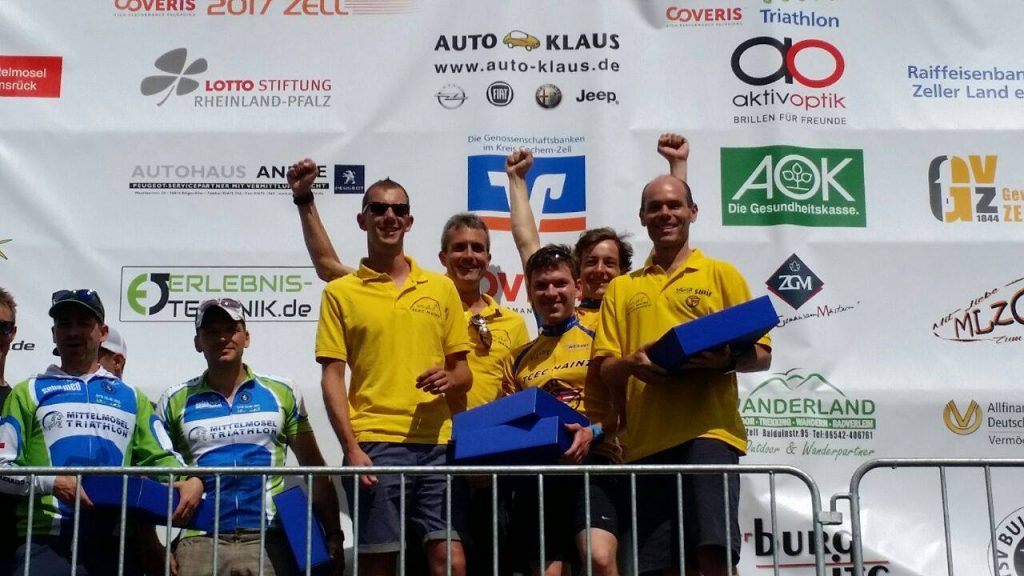