TCEC have been looking foward to this for a while, we want to get promoted, and with only 5 races in a season, we had to start off well in the Team Sprint.

The team sprint is simple, but with complications. Everyone swims pretty much as normal. Then the team mates wait for each other in T1. When everyone is there, they set off on the bike together, where they can ride in a group within their own team.  Only road bikes are allowed.  After the bike, is the run. As soon as someone is dropped by their team by 20 seconds or more, they are ‘lost’ and are out of the race.  The clock stops on the 4th man over the line from a 5 man team. 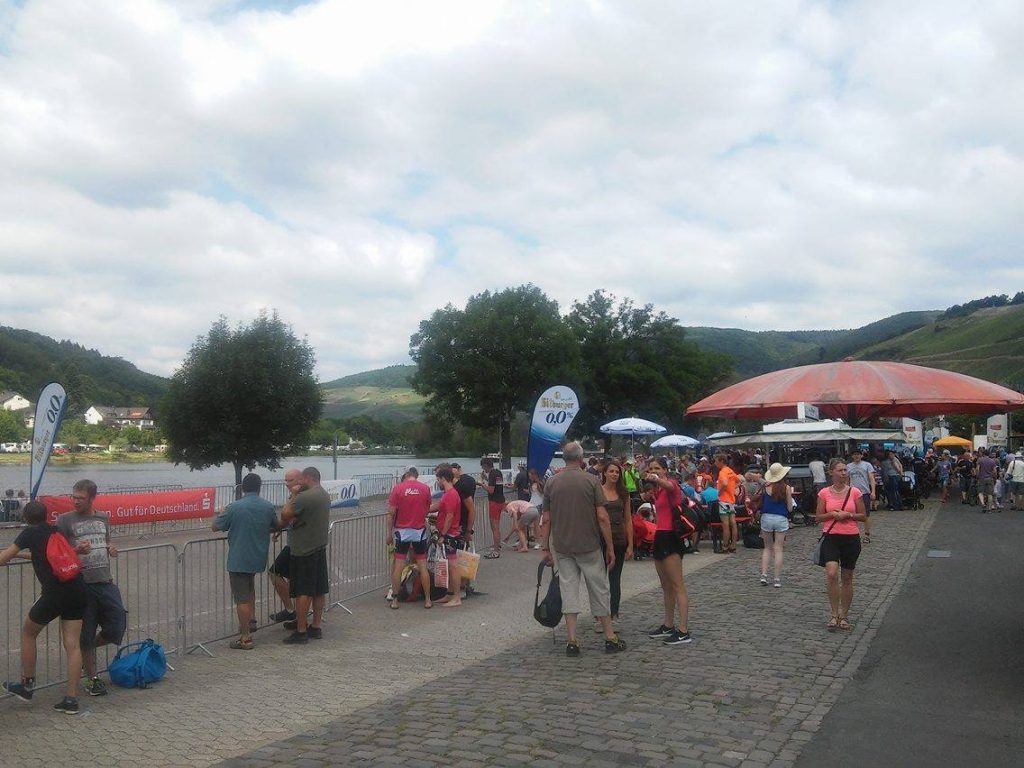 The start was delayed by from 11:45 to 12:35 for some reason. It was then delayed for another 13 mins due to a ship coming through!  We set off and I felt like I was swimming well. There was quite a lot of contact, including someone hitting me on the head before the start of the race, but that doesn’t bother me too much. The swim was 700m in the river flow direction, but that wasn’t much of an advantage.

The water temperature was 23°C, so we couldn’t wear wetsuits. Normally that is a nightmare for me, but now that my swimming is ok, I wasn’t overly worried about it.

After about 400m of the swim, I started to notice fewer people around me. I knew that some were ahead and had my old fear of being last out of the water! 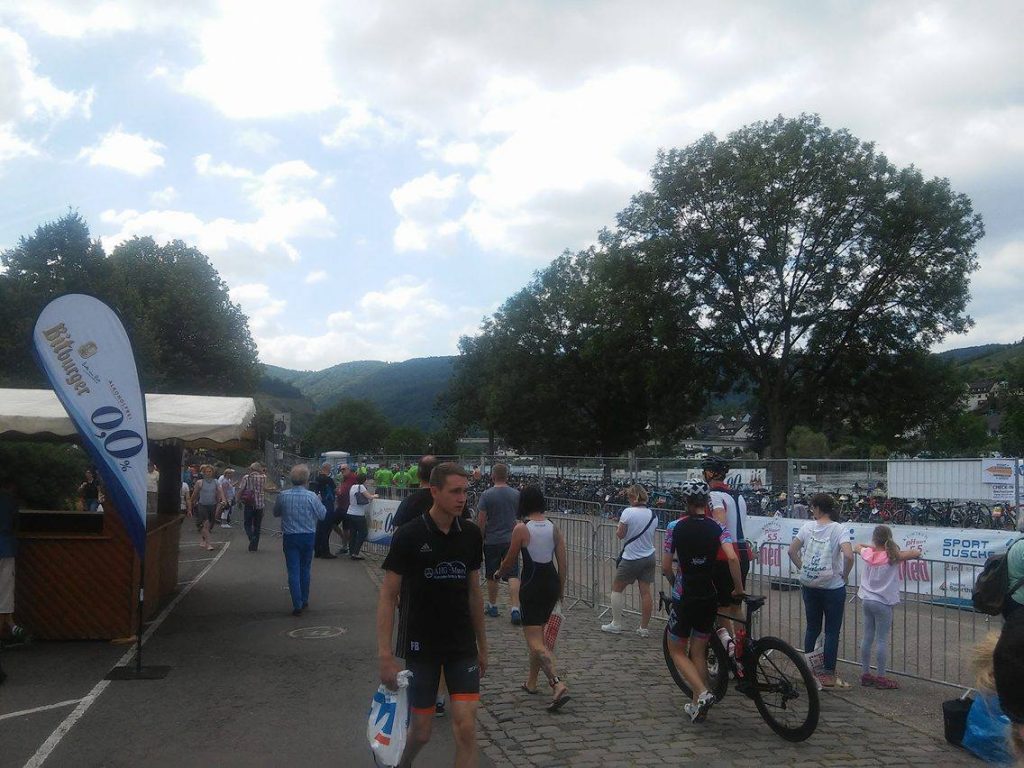 Shortly before the end of the swim, I saw another TCECler next to me. I overtook them.  After getting out of the water I was amazed to see that that was Michael!  I had imagined that it was Robert or Heiko, but Michael is a faster swimmer than me normally.  I had plenty of time in T1 to put on my sock (a major swim goal for me), it was almost 2 minutes later when Robert came out of the water.

We set off on the bikes and it went really well. We were flying for a few km, then Heiko and Robert started to struggle to keep on the back after their pulls.  The pace slowed a little and only me, Jonas and Michael took turns on the front for the rest of the ride. We finished with basically a 40km/h average. Not bad.

Running to the win

After struggling with my shoes again, I was last out of T2. The pace felt quite fast to start with but settled down to a comfortable speed for me. We stayed together for 3km, then Jonas stepped out, he couldn’t keep up anymore.  We were dependent of Robert who was the 4th fastest in the team.  He fought and kept the pace high.  We saw a weird bike crash on the 2nd loop, when a guy on a flat bit of straight road swerved off and hit the side, crashing quite heavily.  Other than that the run was quite uneventful. A team ahead of us was tantalisingly close, but we just couldn’t get to them. 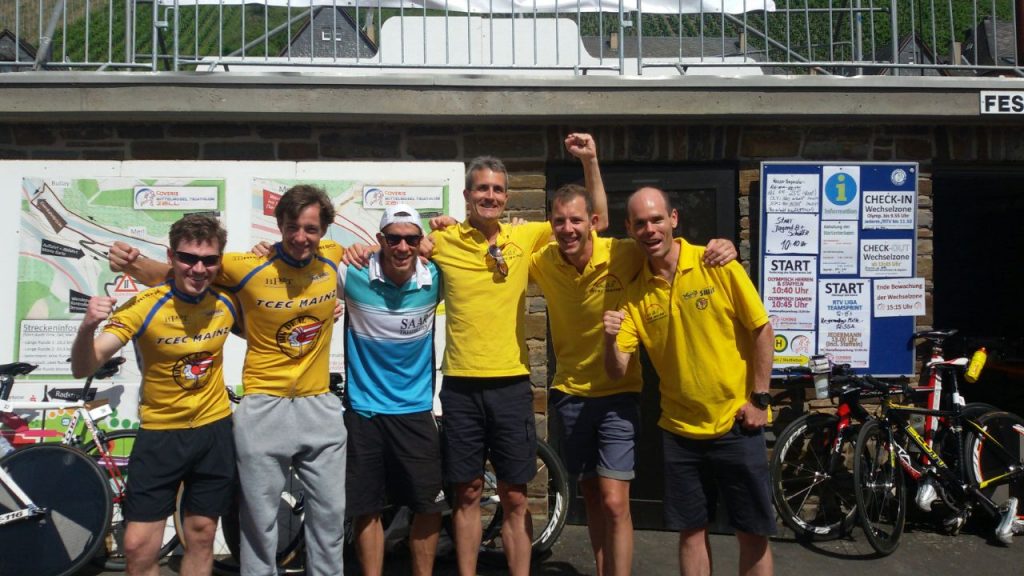 We finished and then had to wait ages to find out how we had done. The 1st RTV league was also racing at the same time, we are in the 2nd RTV league, so it was hard to know what place we were in our league.  After a good while, we found out that we had clearly won the 2nd RTV league race, with nearly 2 mins on 2nd place.  We were the fastest on the bike and on the run!

So we got on stage and took our prizes, but more importantly, we started our promotion season off as we needed to.

Next week is Worms. The 2nd RTV league starts there alone and it is a normal triathlon, not a team race.  I have an inkling that I have a chance to win it. Who knows if that is realistic, but sub 1:03 would be great anyway.