On Friday I didn’t even know that the Alagastlauf was on this weekend. I had planned to swim and bike on Saturday, then run a bit longer on Sunday.  Then on Friday evening we were out at Katha’s until quite late. Katja and I went into town on Saturday to have a coffee and a general potter around, when Jochen asked me on Facebook if I fancied running the Alagastlauf on Sunday.  I hadn’t run it before, so though – why not?

The Alagastlauf is a 10k, but 4 x 2.5km loops. I didn’t know until i arrived that it isn’t very flat, there aren’t hills, but it rolls all the time and has a good bit on cobbles too.

Jochen had run it last year and had run a good 38:45 time for 3rd place.  I had expected that I could run a flat 10k in 37:30, but with the bumps, I thought 38 minutes would be okay. Hopefully that would be good enough for a top 3 place, who knows. END_OF_DOCUMENT_TOKEN_TO_BE_REPLACED

Last year the firmenlauf was perfectly placed for me, just before the Berlin marathon and I was on good running form. This year I am on good lazy form and got a cold the day before the race. So now that I’ve got my excuses out of the way, I can start with the race report.

It’s always a funny time of year at work when the firmenlauf comes around. People start asking me about my running, and exaggerating my abilities (you’ll win or run 14 minutes!). I tried to play it down this year and was actually a little worried about remaining number one in TRON as some people had asked about my pace, as if they were comparing and fancying their chances!

A bit under the weather

I was at the CIMT annual conference until just before 6pm, so had to hurry up to get to the start. I swam in the lunch break to get the blood flowing, I wasn’t feeling good though, it was just a head cold, but made me less confident.. 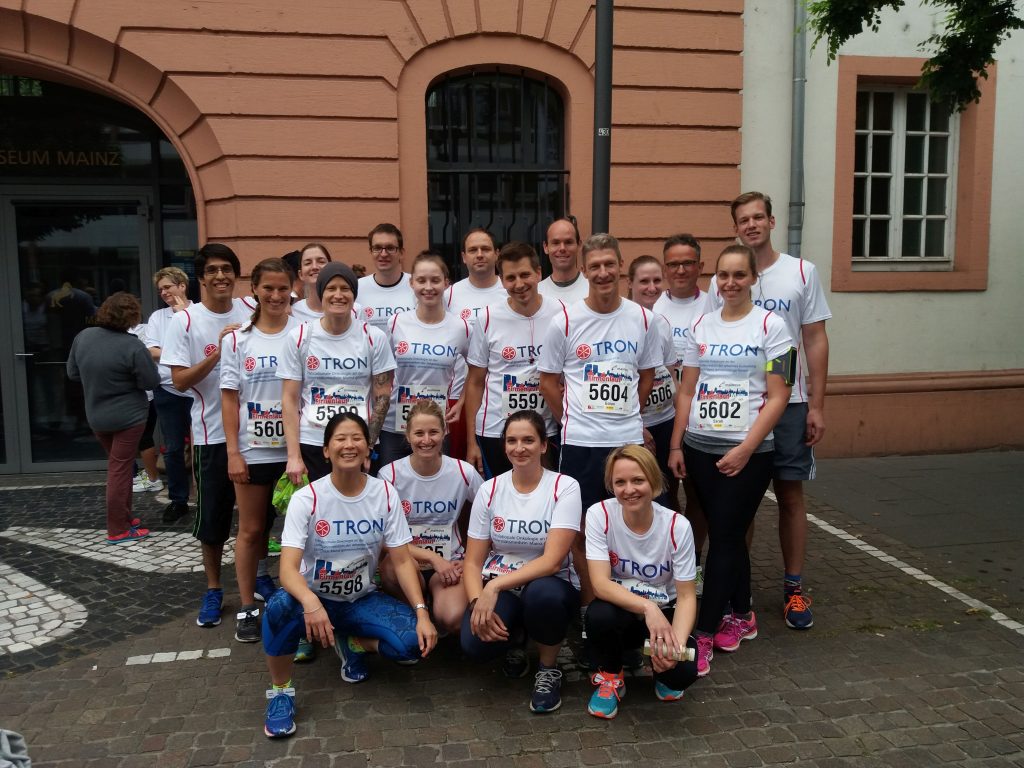 We had the team photo at 18:15 then I decided to walk into the front of the start pen, instead of having to push my way in from behind. That worked out perfectly and I could start in the front row.

After starting too fast (2:40/km is ambitious!) I settled in and the leaders weren’t really much faster than me. I felt decent and could pick off a couple of the stupidly fast starters after 2-3km. The course is still the same as last year, i.e. lots and lots of turns, and lots of cobbles. It’s also almost certainly short too, but it’s hard to know just how short it is. I think about 200m short, but it could be as much as 300m. 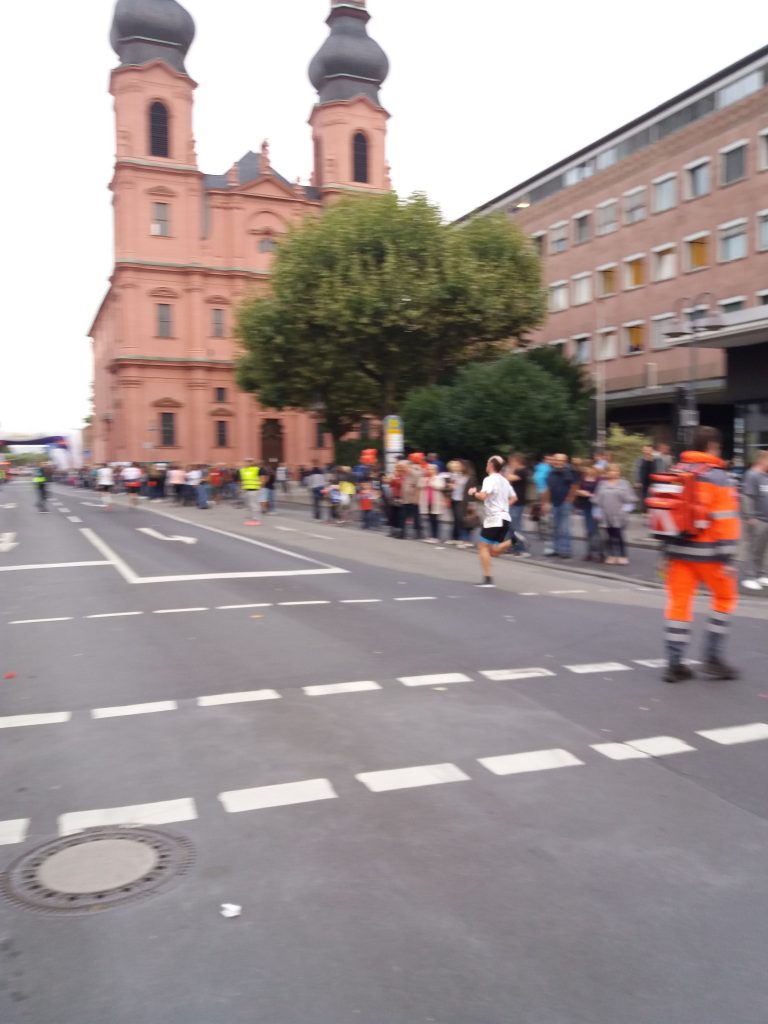 I’ll take that though. I thought I’d be a good minute slower, last year I was ready to run a 2:55 marathon, I doubt I could do that right now. I also managed to defend my TRON/Biontech title, which is a nice little bonus.

So that’s that. I might run the Mainufer 10km in the middle of October. I have exactly 0 running PBs in 2017, it’d be nice to change that if possible.