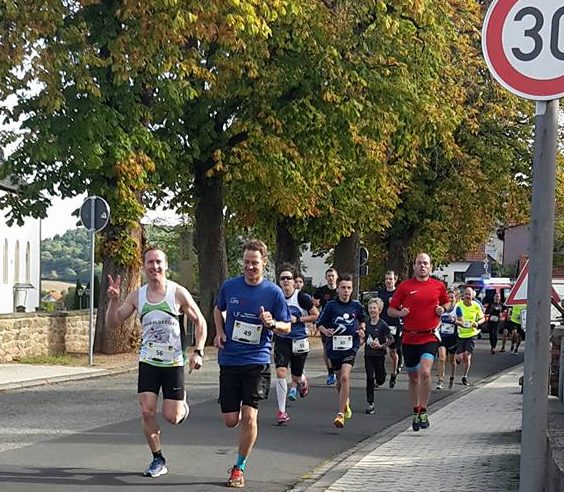 The races started at 11am and after 400m I was at the front with 2 others. One was running the 11.5km and the other the 22km.  The first 2km are on asphalt and I was running pretty comfortably, even as the other 11.5km runner dropped off.  After 2km the asphalt ended and it turned steeply downhill over damp grass, the guy I was running with jogged off and I fell back immediately.

After 3km there is the big hill of the day. It was 2km at just over 5% average, but it actually kicks up in steps.  I started off ok, but the trees hanging over the trail were annoying the hell out of me.  My heart rate was high and it felt tough. Near the top there was a steeper part and I had a 20m walk, before kicking back on to the top.  I didn’t feel great, but the hardest work for the day was done.

On the downhill I could see the 22km runner ahead, but he was well clear. I noticed 2 guys behind me too, a bit back, but not too far.  One of them passed me pretty soon afterwards like I was standing still. He decended at full speed, whereas I was apparently running with the brakes on!  My pace was unimpressive, hovering around 4min/km on the downhill and easy flats, another guy caught me and passed me soon after, but at a more normal pace this time.

After plenty of twists and turns, followed by short, sharp uphills, the 22km route went straight on, and the 11.5km turned for home. I could see the guy who had just passed me was doing the 22km, so I was at least 2nd in the 11.5km.  After maybe 1.5km of easier running, during which I was contemplating a toilet stop – my stomach had been off all week – I was on the home straight. I couldn’t see anyone in front of me, or behind!  Someone told me that I was in first place, so I was happy to tempo it in. 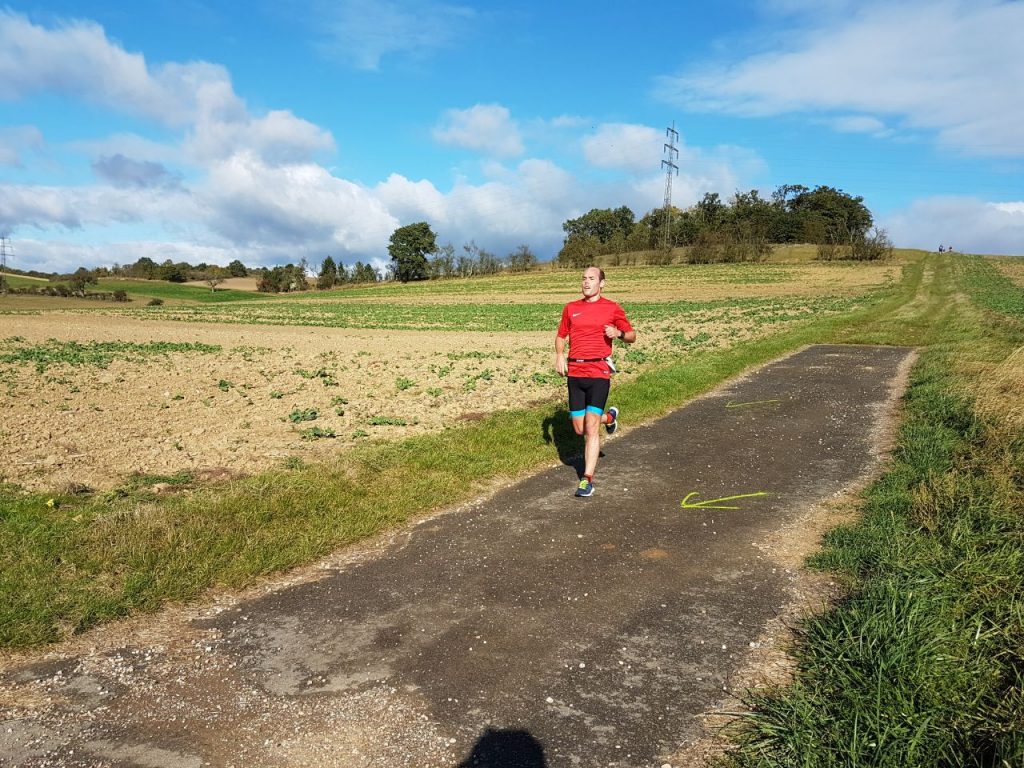 I came around the final corner and over the line in 49:50.  I was obviously happy to have won, but I didn’t feel great, and that three 22km runners were ahead of me means it isn’t a real a victory, but I’ll take it anyway!

2nd place came in about 2.5mins back, followed soon after by 3rd. The Panoramalauf 22km winner ran 1:33:03, that is an amazing time for 22km over that course. I am very impressed. 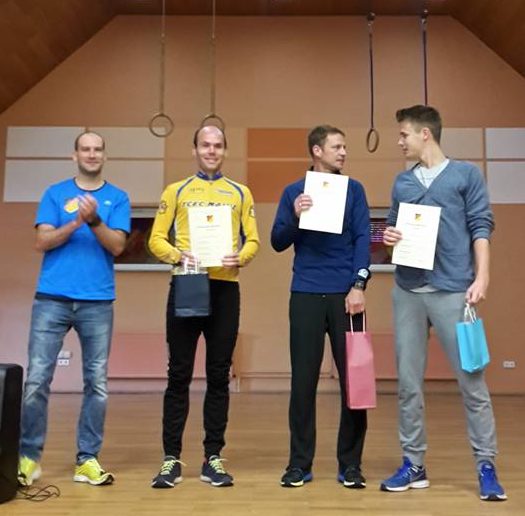 So all that was left was to wait around for the prize ceremony. That was a long old wait (over 2h) but eventually I got my wine and buff and could cycle back in the pouring rain. It was so wet that I only got as far as Bad Munster again, instead of all the way home as planned.

So another win! It’s crazy how that has come about, but I can double cross it off the list now!  Next week I definitely won’t win, but I will run a fast and flat 10km in Offenbach.  I’m not sure about running a PB, but I hope to run well (sub37). I am down to 80.2kg, which isn’t good, but is -2.3kg since the Alagastlauf 3 weeks ago, and I was on holiday for 8 days of that time.