Last week I was at home and saw a whatsapp message in the TCEC group, Marco had won a start place for the Skoda Rund um Frankfurt bike race, but he had already signed up. He was offering his place to whoever wanted it, I jumped at the chance!

So after signing up and signing on the day before in Eschborn, I was on the start line on May 1st, a bank holiday here in Germany.  The race was only 100km long and had 1 big hill and a few little ramps, but nothing crazy.  My cycling isn’t great at the moment, I still feel generally pretty crappy, but I have been getting some miles in, so I thought I’d do alright.

6am is no time to get up on a bank holiday, but to catch the train at 7:13 from Kastel, it was necessary.  I met up with Marco there, he’d accidently paced odd shoes (from different pairs) so was a bit bemused.  We got to the start and headed to the VIP area. Marco had also got us VIP entry, so we could park our bikes, leave our bags and eat/drink as much as we pleased, not bad! 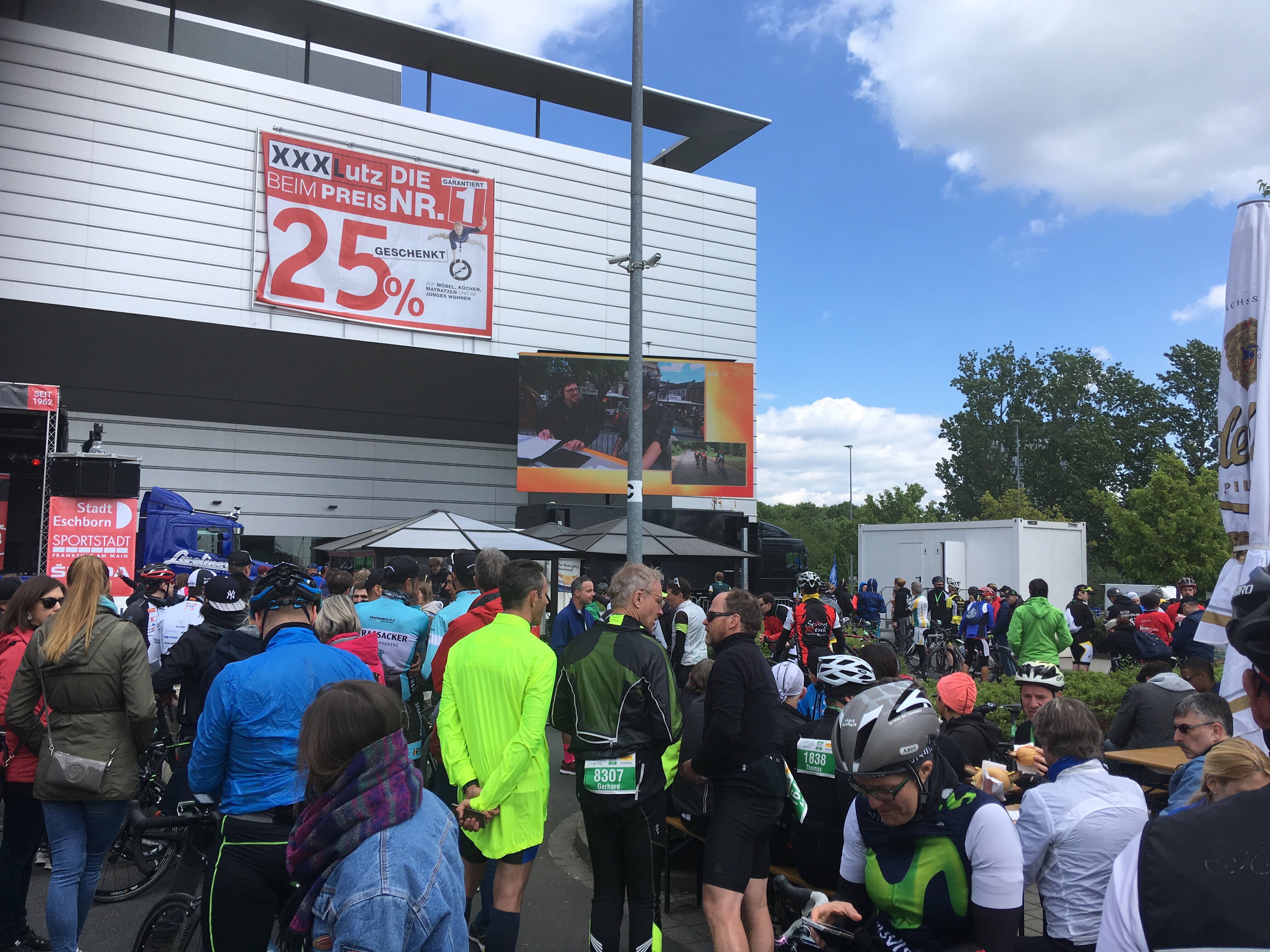 The race started at 8:45. At 8:45 we had only just found out L block! We were in the slowest and last to start block as we were both first timers.  By about 9:20 or so we could actually set off.  I expected the roads to be packed and to be stuck in traffic, but actually the roads were wide as h*ck so traffic was rarely an issue. 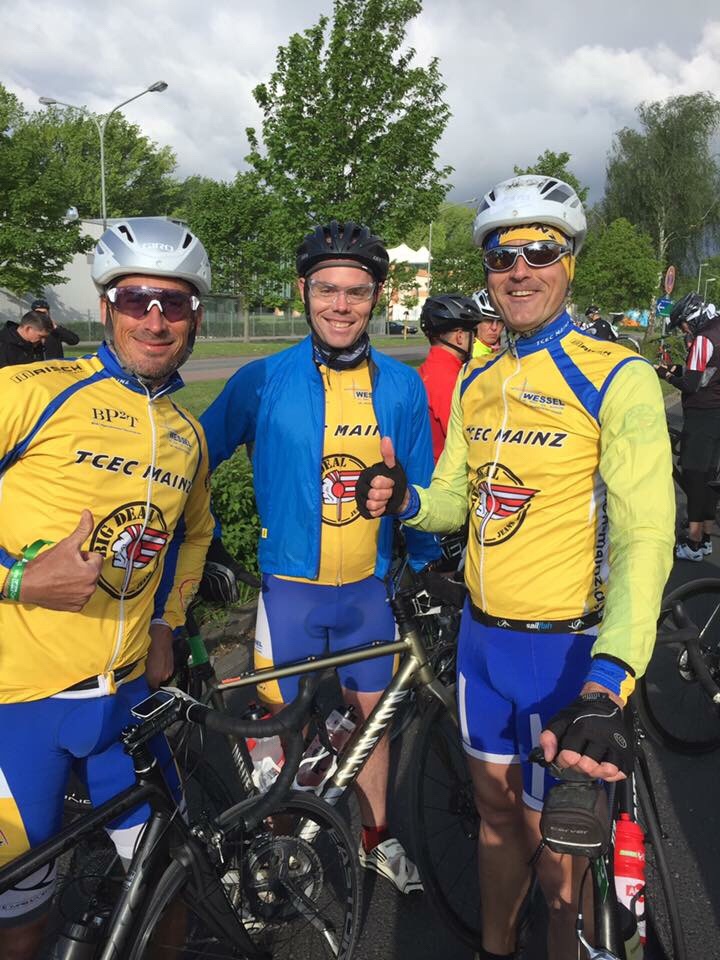 I jumped into a few passing group, my average was up at about 40km/h but that was with the wind.  When we turned back into the wind the pace started to relent and the need to stay in a group was increased.  After a fairly uneventful first 45km, I hit the lower slopes of Feldberg.  It is an 11km climb, but not steep at 5% average.

I twiddles my way up the climb, passing people by the hundred.  I didn’t feel like I was redlining it and was comfortable. It gets a bit steeper at the top, but not for long and not too bad.  Then started the decent.

I am not a good descender, but I try!  Lots of people passed me on the way down, but I got down in decent order for me.  Almost before I knew that we were down, we hit a 2.2km climb. This was a bit steeper, but still fine. Someone in the crowd had a strange wind up whooping machine, it was hella annoying!  I was pleased to be just passing through.

The decent continued with only a brief restbite for a steep cobbled road with was a funny shock to the system!  I managed to get back into some groups and for a while we made good time.  After about 85km the tunr off came for the 90km race, or your could go on and do the full 100km version. I was amazed at how many people took the 90km way out!  It’s only 10km and 1 steep ass hill difference!

So to Mammolshain, home of the Mammolshainer Stich.  The total climb was about 2.5km, but the bad bit was only about 200m somewhere in the middle. I got out of the saddle, but decided to see if I could spin sitting down. I could, so I cruised to the top of the steepest bit being careful not to sprint, the climb didn’t end here!

When the climb actually did end, it was all downhill or flat to the end. The last few km clicked away in a decent group and except for there being no sign to say that we had to turn to the finish right at the end, it was all easy going.