So as I wrote on Monday, my powermeter has arrived!  I have never ridden outside with power before, so I was very interested to see how it would go. 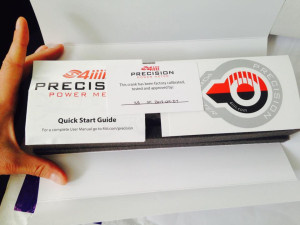 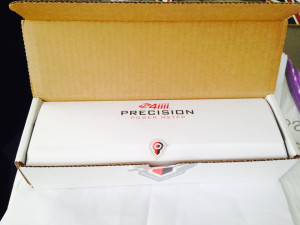 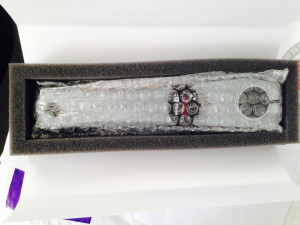 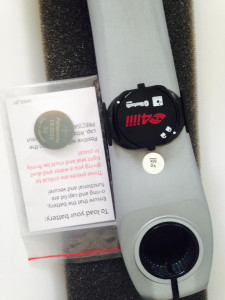 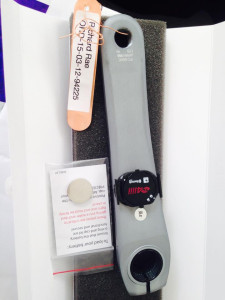 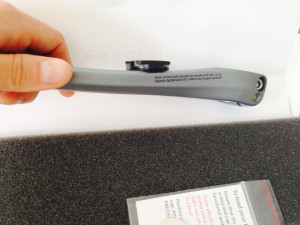 It was all very easy to install, I took off pedal, then removed the 2 bolts on the crank arm, used a screwdriver to take out the pin in the gap at the end of the crank, The black cap came off using the special tool you can buy for about 2€, it was not very tight.  Then I just pulled a little on the crank to get it off.  I decided to use this opportunity to push the right crank slightly away from the frame, so that I could clean the hard to clean area next to the bottom bracket on that side.

Next I slotted on the 4iiii Precision crank arm, unfortunately they didn’t have a black one, so I have mis-matched grey/black cranks now!  I greased everything, even though it seemed quite greased already.  Then I made sure that the crank was at 180 degrees from the right crank arm, then inserted the bolts and tightened them bit by bit with a normal 5mm allen key.  My torque wrench hadn’t arrived yet, so I just tightened them so they were quite tight, but probably not tight enough (12-14nm).  Lastly I put the cap back on and tighten by hand.  This is easy to do, but I had heard it shouldn’t be tight, but obviously not loose either.  So I twisted it so that an indent was left on my hand, but not so much that it hurt or was difficult to turn more.

That was it for Monday, I wanted to wait for my torque wrench before riding it.  On Tuesday the torque wrench was waiting for me when I got home, so I torqued the bolts to 12nm and was good to go.  My Suunto Ambit 2 paired with it easily by ANT+ and calibrated straight away too, when the left crank arm is under no pressure and pointing straight up at the 12 o’ clock position.  I started riding and viola, I had my 3 second average power showing.  I stopped at some traffic lights after a few minutes, so calibrated again, as apparently it should be done after a few mins to account for temperature differences.

I realised quickly that I don’t ride at a constant power, at all!  I tend to keep the same cadence and gear until forced to change by wind/gradient.  That meant I would go downhill at about 70w then uphill at over 450w.  I seemed to be cruising in the high 200s, so thought that would be my FTP range.  I cycled for 47km with a normalised power (NP) of 265w.  That is the power it expects I would have ridden with if there were no stops or freewheeling.  The power readings were very jumpy, even with a 3 seconds averaging, so I decided to add a 10 second average to my display for next time.  I guess as it is left only, 3 second averaging is like 1.5 second averaging for something that measures both sides!

I looked at the data and it was very interesting to see, especially on the short Friesenheim hill where I had gone for it. My watts were over 500 and had peaked over 700, nice!
Though just having power is good, without zones it can’t be utilised properly, so on Thursday I headed to a road where I thought I could ride for 20mins without having to stop frequently to do a 20m FTP test.

I had a number in mind, 300w would be great. 315w for 20m would give me a 300w FTP, so I would try to hold 315w and see what happens!  I stopped and calibrated just before starting the test, I had been riding for 36 mins before starting at a mixed pace, with 230w average.  I started off and went too fast, I find that up a decent % gradient it can be difficult to keep the watts down! So I clicked down the gears and landed at just over 300w.  As soon as the road flattened out or went downhill, it was hard to keep 300w+ up, the 53-11 gear was being used frequently!  I was cycling into a decent headwind which is a good thing for the test I think, but there were 2 roundabouts on slight downhills on my route.  I didn’t have to stop, but I couldn’t take the roundabouts without a freewheel beforehand and braking just before getting to them.  After those 2 were done, I could carry on undisturbed.  Unfortunately my HR meter decided not to work for the first part of my ride, which is a shame as it would have been good to know my numbers.  I felt like I was pushing hard, but not dying either.  I check the interval time and saw that 19m was already finished, so I gave it some for the last minute.  I saw the interval NP as 354w, later the average power was 341w, probably due to the roundabouts.  Still if that is right it gives me a FTP of 325w!  That seems high to me, but as long as the powermeter is consistent, it is ok by me.

I finished the rest of the ride, coming back with the wind.  I had one dropout on the way back, where the power stopped showing for some reason, it only lasted 10 seconds or so, but I hope it is a rarity.  I gave it some on the Ebersheim hill, starting off at over 500w, but soon struggling big time and dropping to the high 300s.  I think I was done for the day at that point and a 3 minute steep climb at full tilt wasn’t happening, but it is still good to see that I didn’t pace it right, next time I will start at 430w and try to increase it.

So, my overview is – I am very happy with the 4iiii Powermeter so far.  I don’t have any other powermeter experience to test it against, and I am no DC Rainmaker, so can’t compare it with others in real time, but it does what it should as far as I can see.  I do worry that my FTP isn’t really 325w and that it is reading high, but as long as it is consistently high it shouldn’t be a huge problem.  I will see what my bike splits are on upcoming races and hopefully that will tell me if it is way off the mark or not!  I’ll obviously continue using the powermeter every time I ride, and can give an update or answer any questions anyone has in due course.