The 3rd race of the season was in Worms this season, as it is in most seasons.  Unfortunately my training hasn’t been going very well, I’m not injured or anything, just struggling for motivation as I don’t have any goal races planned for this year.

After being at the Punk in Drublic festival all day on Saturday, I was a bit unprepared on Sunday morning. I had quickly packed my bag the night before, but as I cycled to the train station to meet up with the team, I realised I’d forgotten my goggles, so I had to ride back for them.

Otherwise all went to plan and we were at the start before 10am, the start time for the 1st team was 13:15!  I had had some brake problems when switching my wheels the day before, so played around a bit more with them, then I could relax before the race.

Unfortunately the water temperature was 22.0°C, the wetsuit cutoff is 21.9°C, so we would swim without wetsuits 🙁  I’ve been swimming lots in training recently and had a dream situation in my head where I come out of the water ahead of Michael and Christoph and can latch on for as long as possible on the bike, so that I don’t lose too much time, then I can run and pass Chris and Jonas on the run. 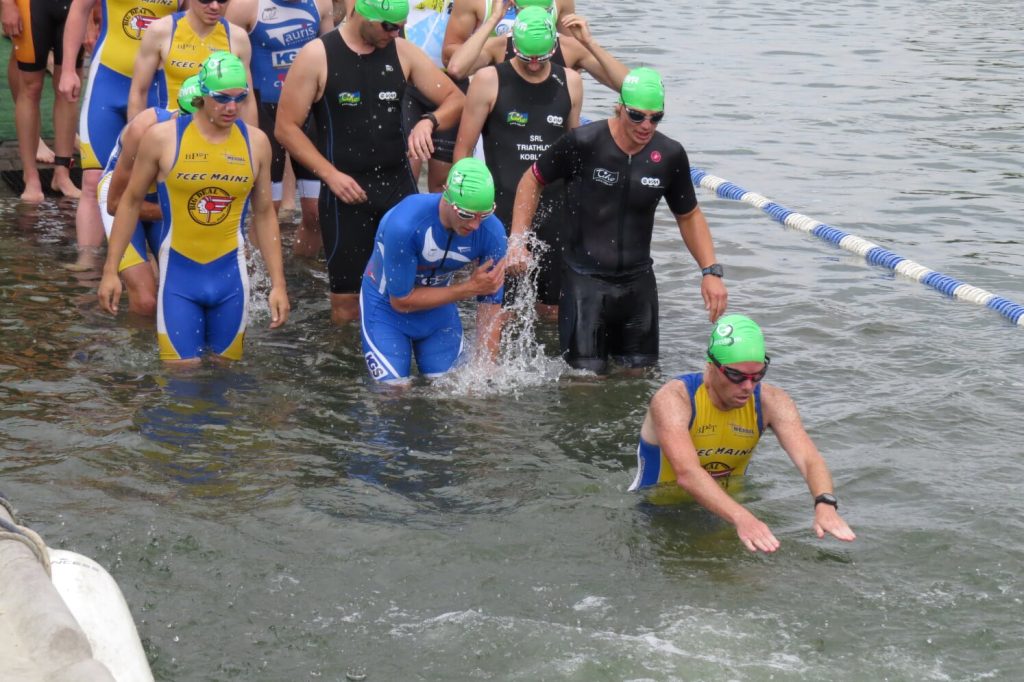 Well my dream didn’t happen! I swam ok, but had water in my goggles from the get go.  I got on some feet for the 2nd half, but when I got out of the water I saw 13:02 on my watch and saw Robert behind me in the water. Chris and Michael were gone and I wouldn’t be pulling them back on the bike! 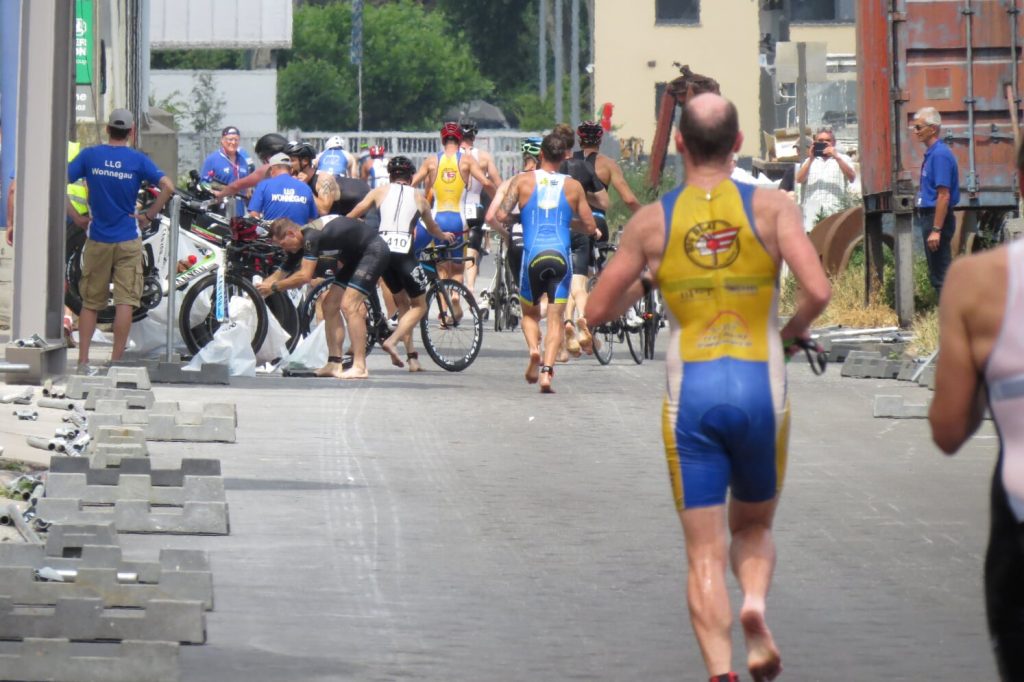 I got going on the bike and was starting to find a rhythm. I had decided to concentrate on being aero, as I’m not that fit so I need to save watts rather than put more out!  I went round a bend after 3-4km and heard a crack. I didn’t know what it was, so continued on. A few minutes later my left arm went through my arm rest, which was broken into 2 pieces – fuck.

I had to do what I could, so I rode with the other arm in aero and my left arm on the brake caliper. It was shocking uncomfortable! A few people passed me, but once I got the hang of it, I could catch back up.  I justed wanted to get through the bike, so I didn’t push it as hard as I’d like.  I wasn’t going to pull out though, even though it wasn’t a great situation.

After nursing my bike round the last 15km or so, I managed my best flying dismount ever, mainly because I thought I wasn’t going to stop before the dismount line, so I just jumped off!  I was then onto the run.  I saw Michael and Christoph almost straight away, they were miles ahead of me.  I felt like I was running quite well though, I passed all the riders who had been around me, including number 401 who had sat about 2m behind another rider for most of the ride. I gave him some abuse as I passed him 🙂 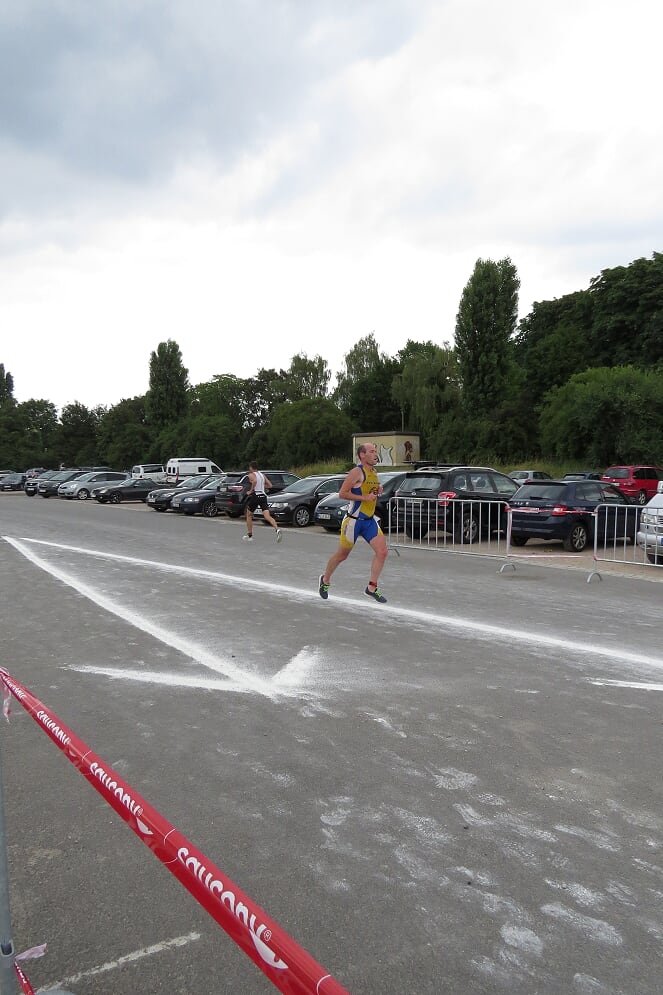 The run was otherwise pretty uneventful. I ran fairly well and was gaining on Christoph quite a lot (I would have needed at least another 5km though!), Michael was faster than me and Robert was holding fairly steady a couple of minutes behind me.  I looked around and saw no one ahead of me or behind me, so cruised in the last part. 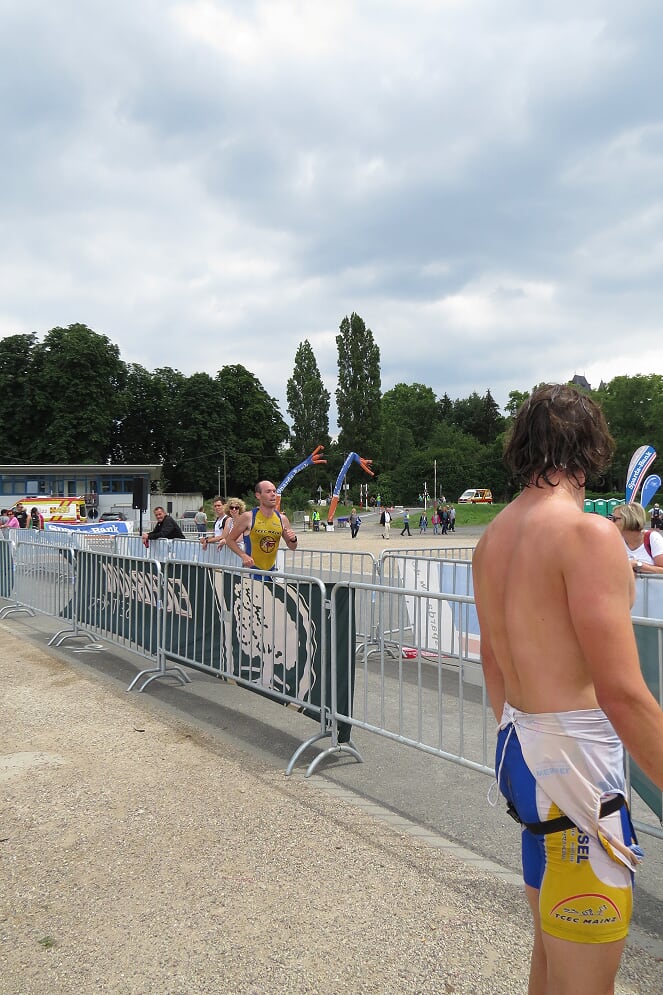 All in it was a pretty crappy day for me. I am fairly unfit at the moment, whereas the others are flying! I need to get motivated and train for Neuwied, otherwise a middle distance will be too much for me.  It looks like TCEC were 3rd in the league again, cementing out 3rd place position. We could come 2nd or even with some luck even win the league this year! That would be crazy and scary as the Regional league guys are monsters. The pretty much all swam 11:30 or faster! 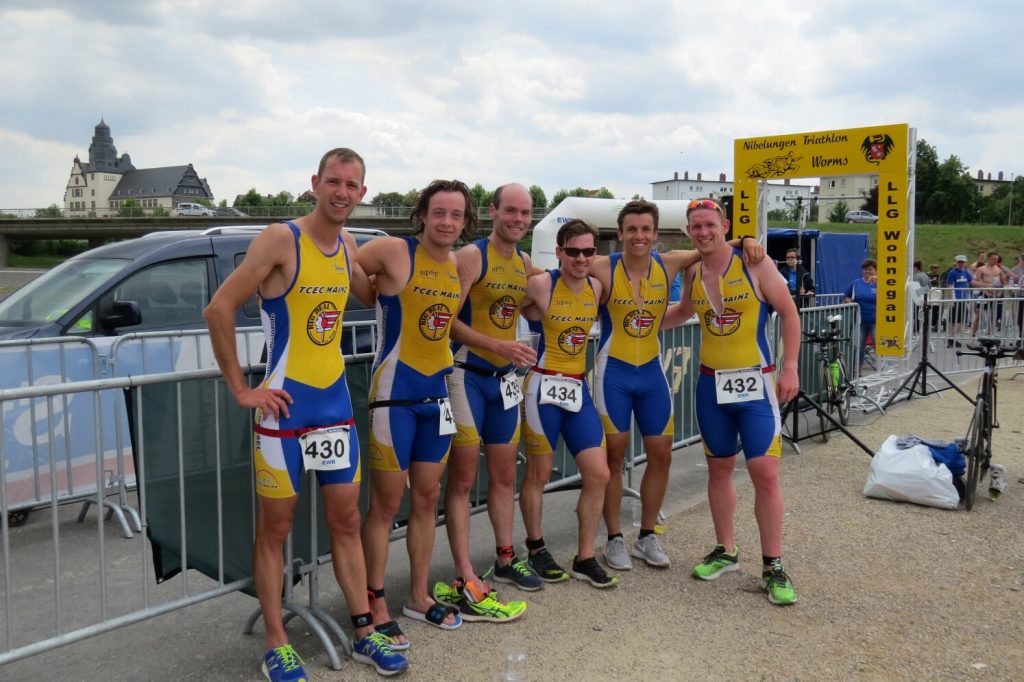 So, now we have an 8 week break. I need to start riding and running more and hope that my swim training starts paying off. Otherwise my next race report will be much like this one…