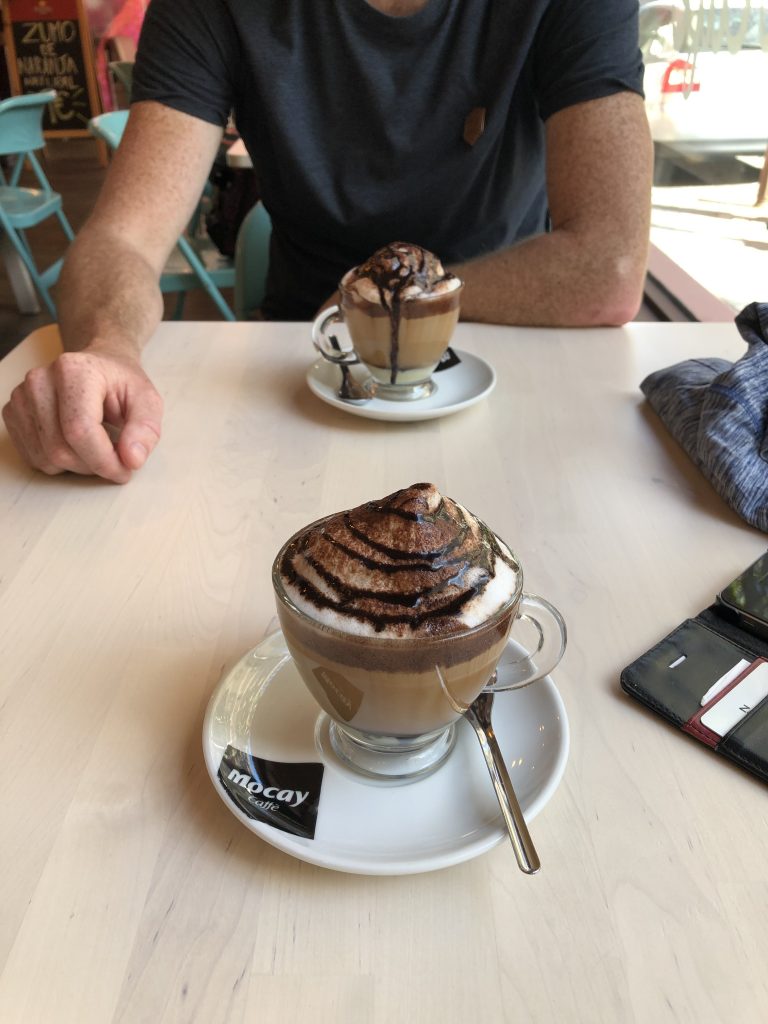 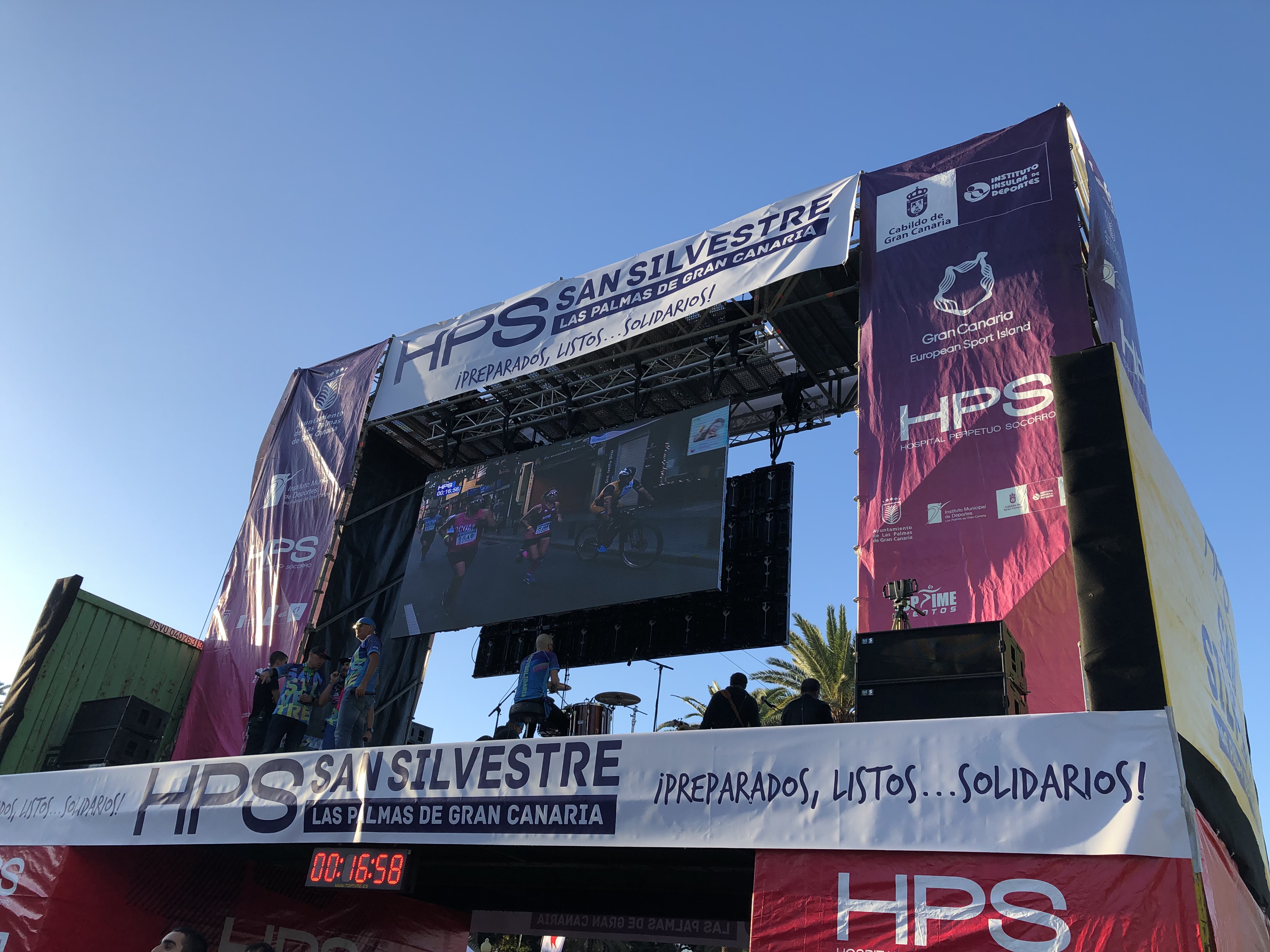 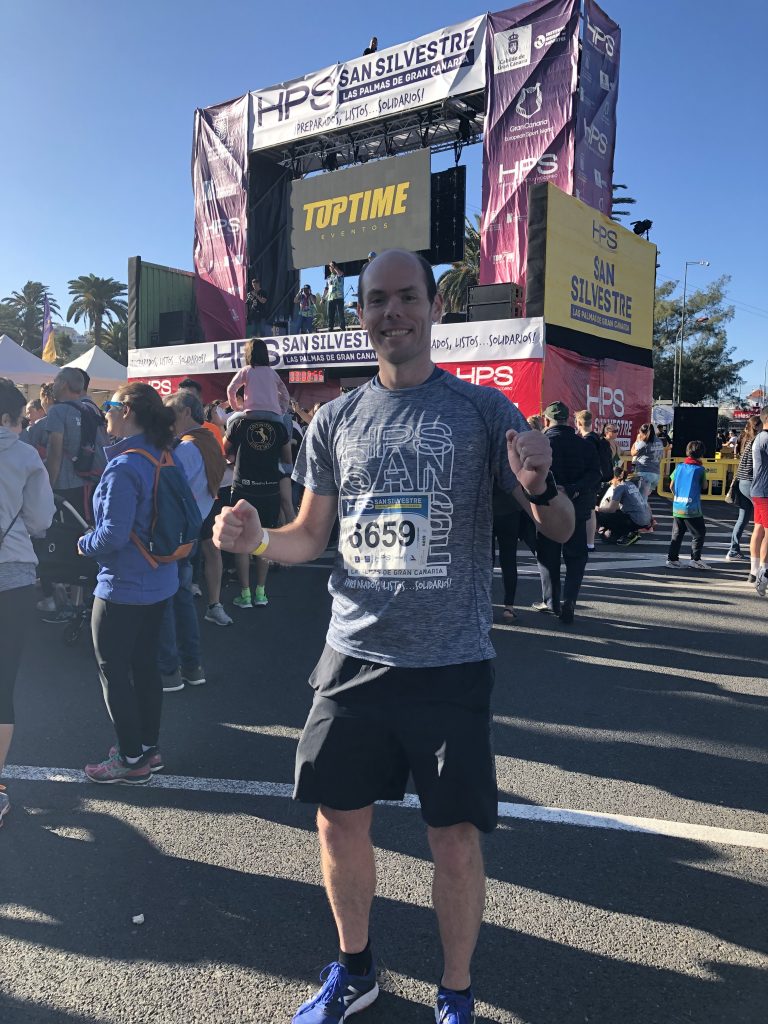 At the end of 2016 I bought myself a Wahoo Kickr Snap so that I could train in winter for Roth. I used it occasionally, but pretty soon the weather got better and the trainer started collecting dust.

As this season was such a nightmare, I think I could do with laying some base for next year nice and early. My cycling was realy weak this year, it used to be my strength, but this season I would frequently lose minutes to Michael, Basti and Christoph.

So I decided to start on the Trainer Road Sweet Spot base plan. There are three levels- low, mid and high. The low only has 3 workouts per week, which seems like it would be too little for me. The mid has 5 which might be a little too much and the high has 6, definitely too much.

I decided on the mid, thinking that I could always skip the easy ride if I want. The next step is the FTP test. I know that there is an 8 minute test and a 20 minute test, both of which aren’t much fun, but now TrainerRoad has a Ramp Test which it uses to quickly find your FTP.  The Ramp Test kicks up quite a few watts every minute until you can’t go on anymore. My FTP was set at 325 from last time I had used Trainer Road, so I left it there. After not very long I was done, and my FTP was said to be 282w, a bit disappointing but not too surprising.

One weird thing was how the test showed up on Strava 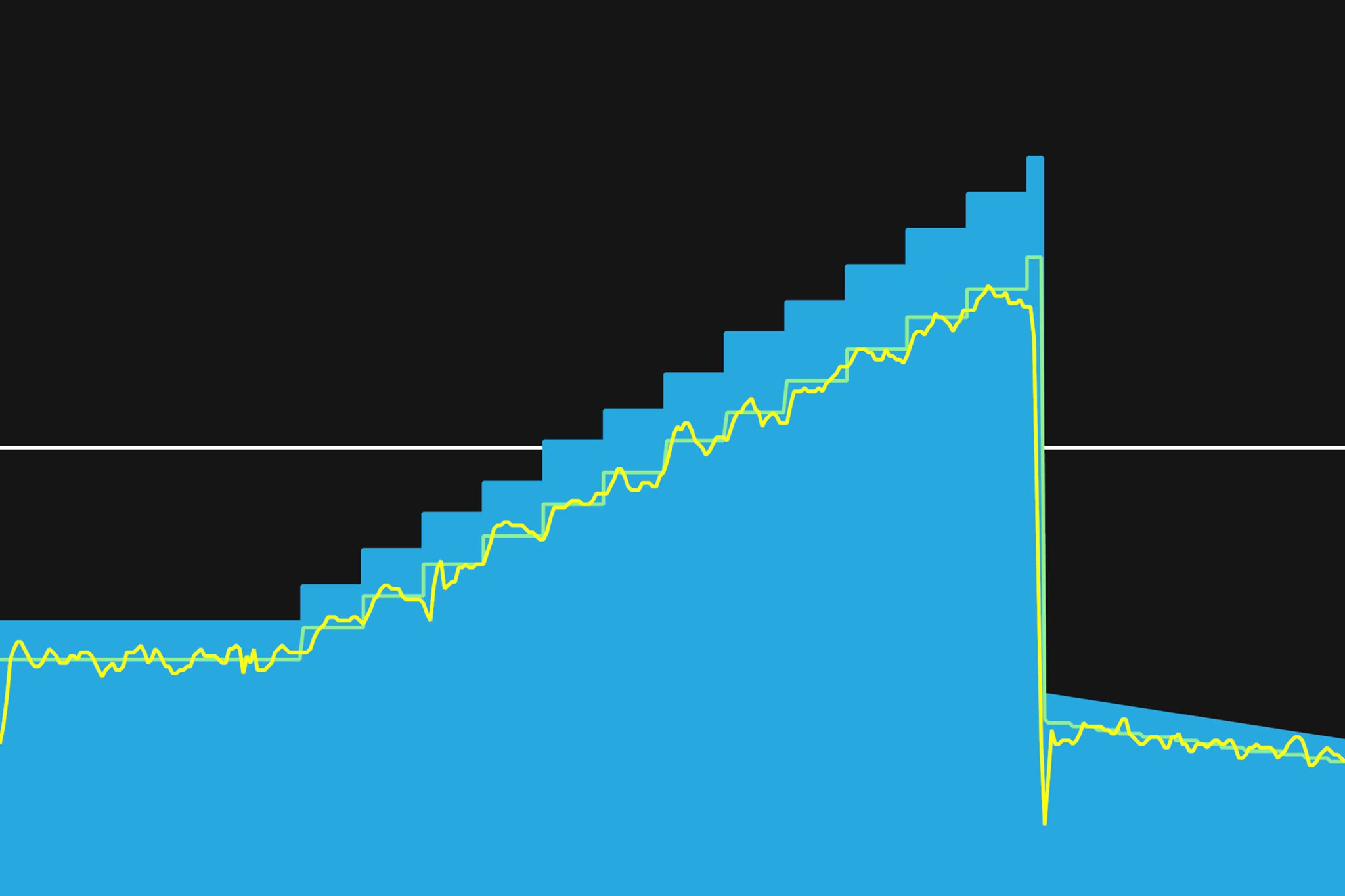 It showed me not hitting the blue bar watts, although I was in Erg mode with powermatch. I decided to switch off powermatch after that so that I could rely on the Kickr Snap, even if it is wrong it should be consistent.

The first workouts didn’t feel too taxing, so much so that I decided to start eeking up my percentage for each ride until I found my level. After really struggling with a weekend 90 minute over/under ride at 105%, I was happy to set my FTP at 292w.

I’m not finding riding on the trainer too bad surprisingly. I thought it’d be incredibly boring, but even the 90min rides are ok if you always have something to do. During the easy parts I do 2-3 minutes in aero with 1 minute rests, whereas when it’s more difficult, I just try to survive, or do the cadence drills that the software suggests.

After 4 weeks of the plan, I was going to Nice for the weekend, I had rearranged the plan so that I would ride before leaving on Thursday, and do the hardest workout of the week (the over/unders of McAdie +1) on Sunday. I’d increased my FTP to 301w after feeling like the workouts were getting a bit too easy. But when I got home on Sunday, I suddenly felt really ill, so training was called off.

I was ill until Thursday, but on Friday my Dad came to town for the weekend, so I decided to take off until Monday, meaning I had 10 days off the bike.  I jumped back into the final hard week of the plan and though the first couple weren’t great, I managed everything with my 301FTP. 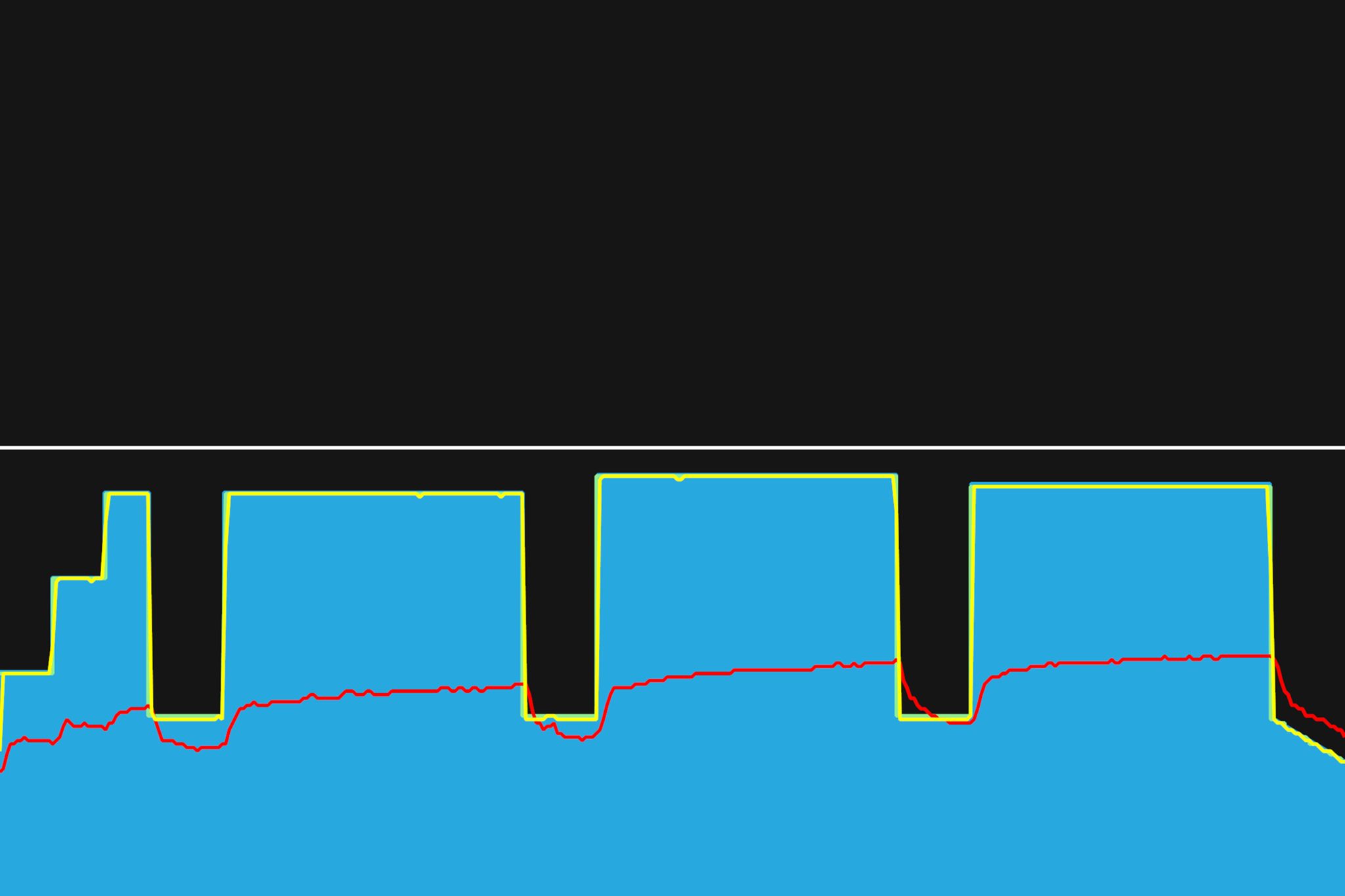 This is the last scheduled workout of the plan, it’s called Galena and it sucks! it’s not that hard, but it is 90mins long and has 3×20 minutes at sweet spot. It is mentally draining, normally I have breaks or some change in effort to make it more interesting, but damn Galena is boring! 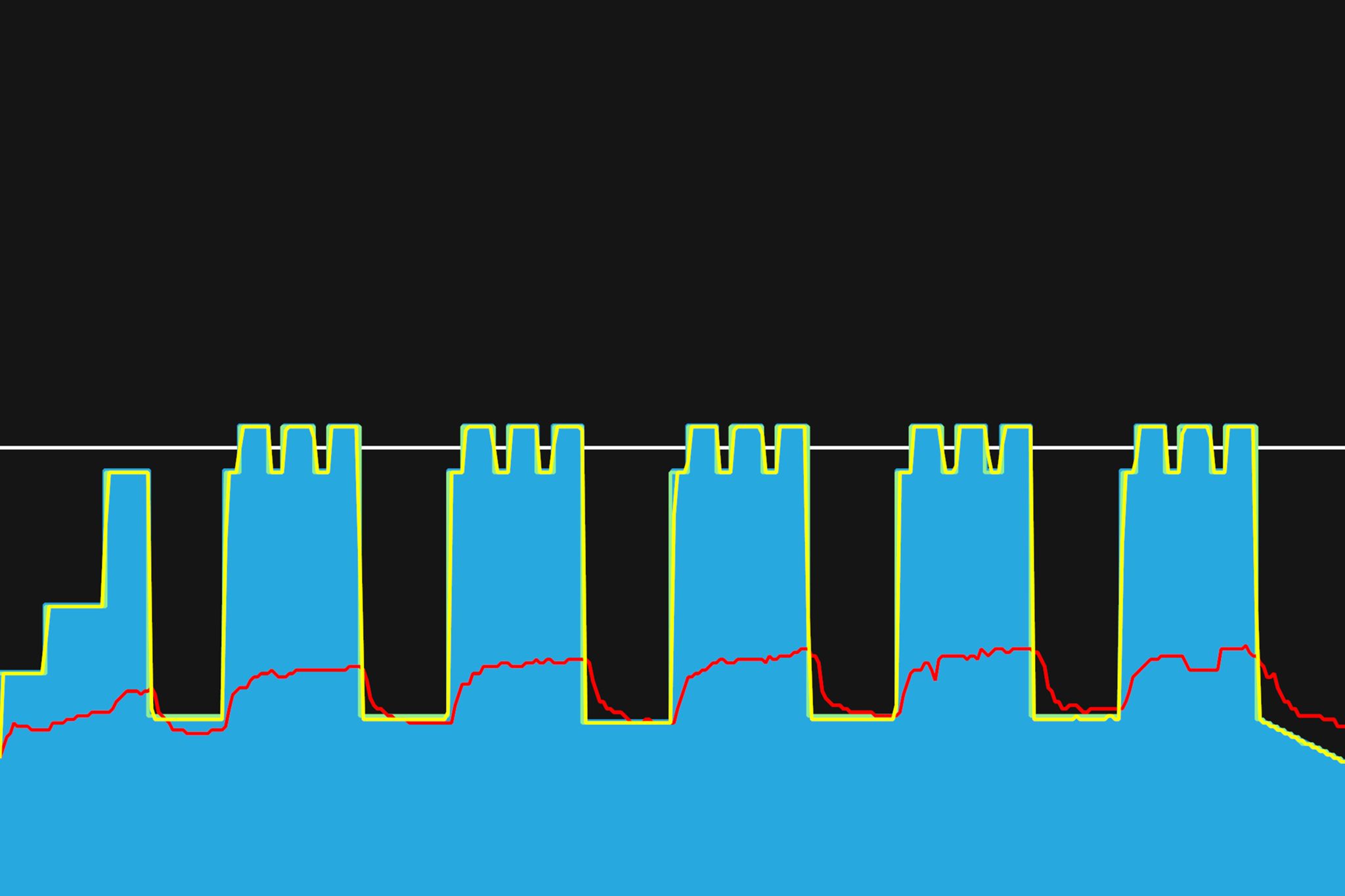 Strangely the 2nd last hard workout was this one: Palisade. It’s also 90 mins long, but it wasn’t too bad at all! The intensity is higher than Galena, but you can split it up into sections and something is happening quite often. I’m starting to think that indoor training is 90% pyschological!

Anyway, I should have had 1 easy week left in the plan, but due to me missing a week, and the easy week looking incredibly boring, I switched in a sweetspot week, along with McAdie that I had missed after Nice

McAdie was tough, 4×12 mins with 1 minute under FTP, followed by 2 minute over FTP, 4 times in a row. I managed it ok though. The next day, and the final day of my amended plan, I decided to do Carson +2. 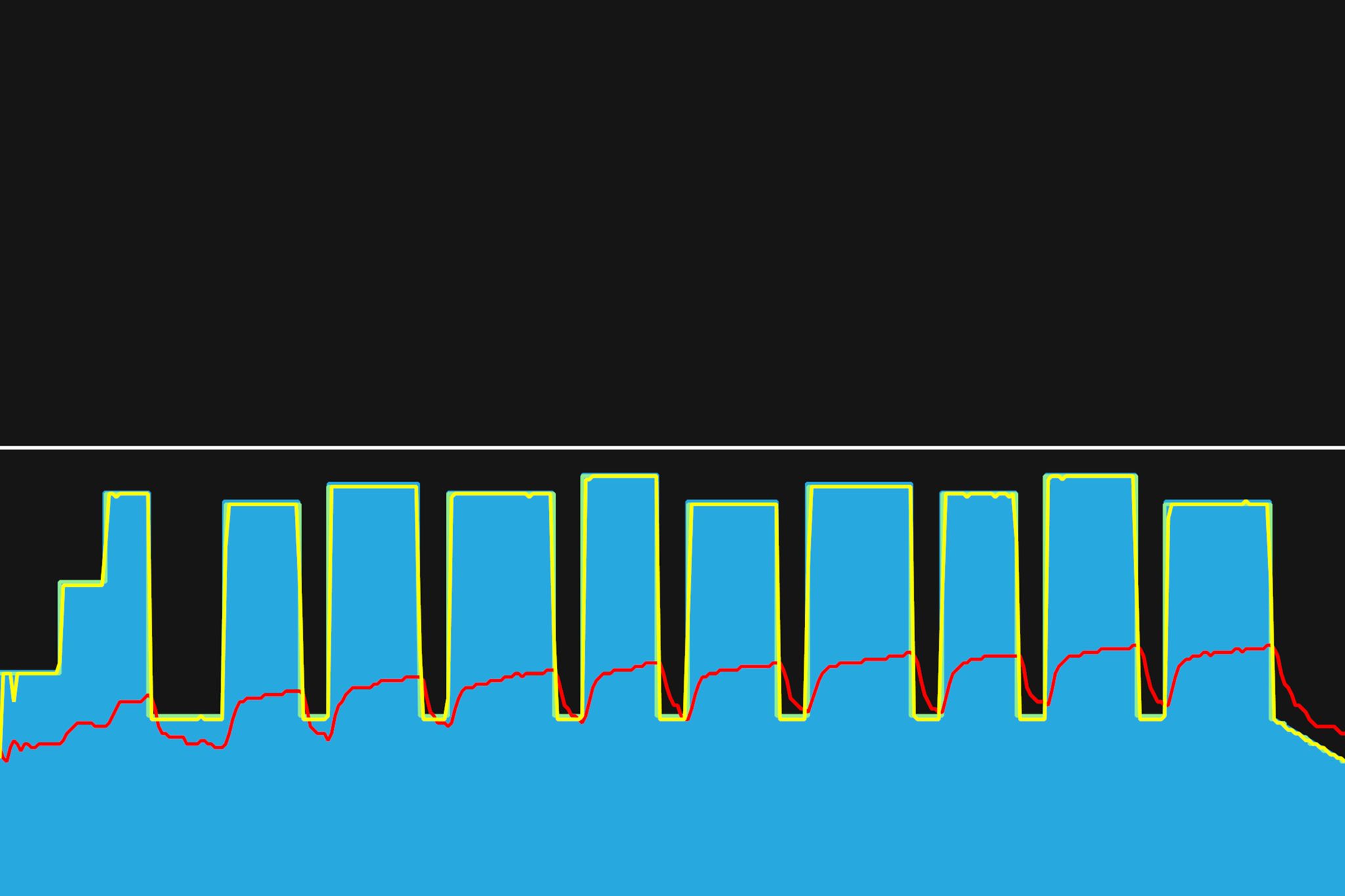 I have done Carson a few times, it is 6×5-7-minute intervals between 88-94% FTP totaling 36 minutes of Sweet Spot work. Carson +2 is 90 minutes long though instead of 60 and had 9×5-7 minutes instead of 6.  With tired legs from McAdie, it was a real fight to finish it, I was even ready to bail out after 1h, but managed to talk myself out of it!

So that was Sweet Spot Base I Mid. It’s 80% fairly easy/manageable, with the over/unders sometimes being hard as hell. I’ll start on Sweet Spot Base II Mid after Christmas, that looks like it starts sprinkling of VO2max stuff, which should be interesting!

So the only thing left to do now is the Ramp Test again. I had a 282w FTP before the training plan, and afterwards… 330w! I think that’s a bit high, but wow!

Now that is pretty much what I expected I would swim, ideally it would have been 15 seconds quicker, but 1:41 per 100m in a 50m pool is about my standard at the moment. Actually looking at it, it was slightly faster my best 1000m pace from last year, so really good for me historically.

The thing is though, it isn’t good enough! I need to be getting out of the water with Christoph and Michael at least, otherwise I’ll have to fight like a dog on the bike to be near the front for the run.

I am considering doing a swim block to try to knock off my 5 seconds/100m deficit in quick time. It fits well too as the tri season starts in 10 days, but the Freibad (outdoor pool) season starts on Saturday 19th of May. That means I have much better access to a 50m pool during the week.

So what would a swim block for me entail? Well Monday and Thursday are the team swims, so they would stay. If I could swim at least 5 days a week, for 16km or more total, that should be a pretty good kick in the right direction, shouldn’t it? 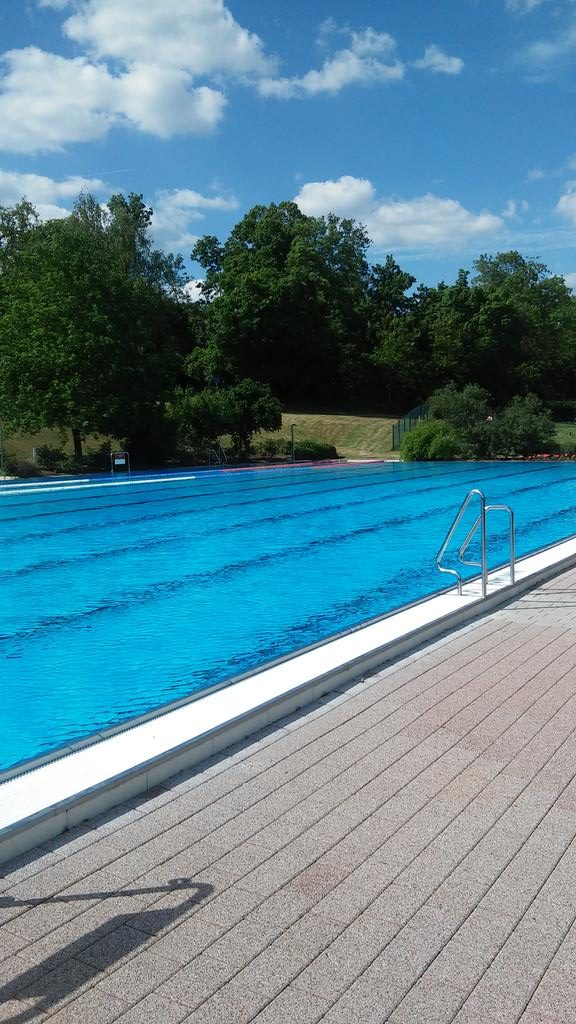 It’s kind of week zero, but whatever. My weeks total was about 15km over 4.5 swims, easily my biggest swim week ever.

Swam 750m in 13 minutes in openwater in Hachenberg, it seems like it was long though.

Longest swim ever, 3900m, miscounted or I would have done 4k! So I did just over 16k in 6 swims this week, not bad with a race in the middle.

5 swims for a total of 17km! Was a good swimming week.

Just 2 swims – one shorter one before my seminar and one longer one on Thursday evening after work at TBB. Lets call it a down week!

Then I got ill with my stomach bleed again, so I swam once, twice and once in the next 3 weeks, all for less than 1h. I actually remember the swim where in retrospect, I noticed that I was ill.

I felt really weak in Mombach in the Freibad, I thought that I’d overdone it in the gym the day before. Then on the 24th, I felt like shit and went home early from work. I took the 25th off and that was that, I had had another stomach bleed.