This is my first blog post about a holiday, I mentioned to Katja that I would like to write something about our trips, so that I remember the details, much like I do with my races nowadays. So here it goes:

We decided to go to Cagliari as Ryanair fly there from Hahn for 19,99€ each way.  We wanted somewhere a bit warmer than Mainz in February, and the warmest cheap place was Cagliari!  I had planned to book for my birthday, but Katja had an exam on the 15th, so we moved it back 1 week to the 19th until the 22nd.

I found an airbnb apartment that was 103€ for 3 nights, a whole apartment in the middle of town, it has a kitchen too, so we could eat breakfast at home, then head out, ideal.  The bus to Hahn was going to be annoying as it is 27€ return, and takes ages, but luckily we found a Blablacar for 4€ going from Mainz-Hechtsheim to, so that worked out perfectly too!  They actually turned out to be coming back on the same flight as us to, so we arranged the travel back at the same time!

We met them at McDonalds at 9:30am on Friday and got to the airport about 10:45am, for an 11:55 flight.  The flight was a little late but not bad.  It was freezing on the way to Hahn, and getting to the plane from the terminal was long enough to freeze!  As soon as we landed the difference was noticeable and great, about 16 degrees and sunny, even if it was windy.  The view of the town on the flight was also pretty nice, I was looking forward to getting to the water front.

We got off the plane, got our train tickets for 1.25€ and had to rush to the station, which was much further away that I had expected, maybe 800m or so.  We just managed to catch the train and took our seats for about 1 minute, before realising we were pretty much already there!  We found the airbnb really easily and he just gave us the keys and headed off almost immediately. 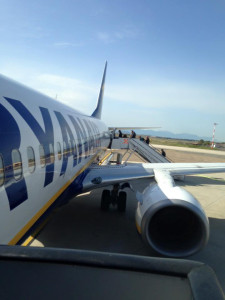 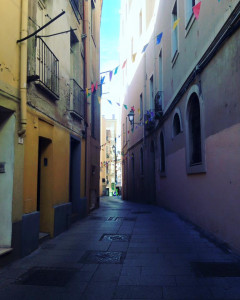 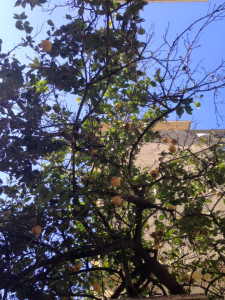 We were both keen to get out and see the waterfront, so we threw in our bags, and headed to the pier and promenade.  We were looking for a supermarket, but google wasn’t very helpful as it showed basically every small shop as a supermarket.  After a good wander around and a nice coffee, we found a supermarket and got back to the apartment.  We were pretty hungry, so I didn’t run on day 1, instead we went out into the town to find somewhere to eat at about 18:30.  I had found a recommended pizzeria, but when we got there it wasn’t open yet.  Neither was almost anywhere else!  Apparently 18:30 is far too early to eat in Cagliari.  We finally decided on a pizzeria that was more like a take-out on the street next to where we were staying, the food was ok, but as we really couldn’t find anything else, it was good enough. 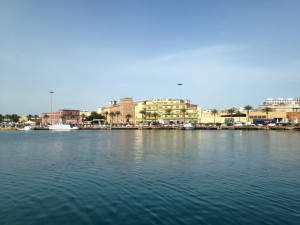 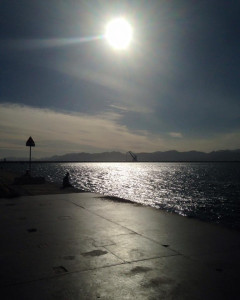 On Saturday I ran 8km before breakfast, I used it as a chance to explore a bit.  After I was done and had eaten breakfast, we went out in the direction of the big lake in town.  We got to the lake, but had to jump a fence to get to the path that was next to a canal, that was next to the lake.  We walked along, and walked, and walked!  After a long time we still hadn’t seen a way to the lake, or a way off the path we were on.  There were runners and cyclists there, so there must have been a way in and out somewhere, but I don’t know where!  After maybe 4km we reached a bridge which took us to the wrong side of the canal, and continued on further.  It looked like we might be destined to walk another 10km or so, so we decided to hop on a bus and head into town.  When the bus arrived, we found out we couldn’t buy a ticket on the bus, so we had to risk it and go without a ticket.  The first few stops didn’t have a pavement next to them, so we waited until we were back in town before getting out.
We got another nice coffee, they even had a quite big latte for Katja :D.  Then we headed back for some pasta and a nap.  I managed to wake myself up somehow and go for another short run, then we went out to a burger place that was recommended by our airbnb and tripadvisor.  Retro burger was really good, I ate a donkey burger with fries, Katja had a baked potato.  It was really cheap, nice food and the waitress was very helpful.  We headed over for a cremoso ice cream afterwards, that was also well worth it. 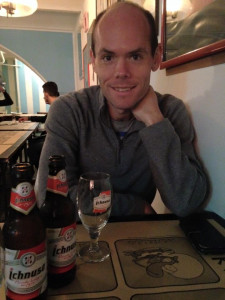 On Sunday I did another morning run, breakfast, then we headed out to the bus station so we could go to the city beach.  It wasn’t very far, but when we got there it was great.  It was warm, the water so blue and the beach never ending (actually 7km long, but you know what I mean.  We walked on the water front for a while, had a coffee, and walked some more.  I decided to get my feet wet, which was nice after getting used to the cold water.  After a few hours we headed back inland to the bus stop, so we could head to the apartment and eat.  Unfortunately we ate too much and it was about 15:30, so when we tried to run before 6pm, our stomachs were not at all happy.  We ran on the waterfront until the path ended, then we ran back.  Just over 10km in all, but unfortunately stomach issues didn’t let us enjoy it as we should have 🙁 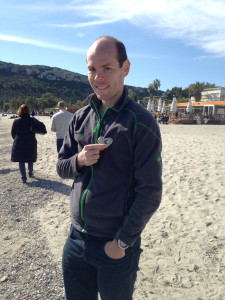 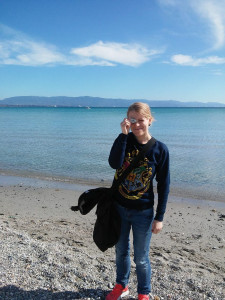 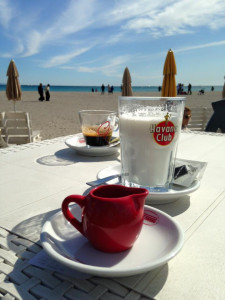 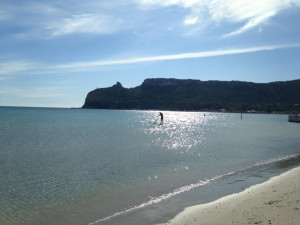 We got ready and went to eat at the pizzeria that was closed on day 1, BUT they didn’t have any salad or anything for Katja, who didn’t want pizza.  We checked out a load of places before finding somewhere that looked good and had everything we were after.  Unfortunately my food was pretty poor, the lasagne starter was a bit cold, the main course cutlet was dry and bland, the tiramasu desert was decent, but I wouldn’t go back if we are in Cagliari again!

On the last day I ran the same short route before breakfast, we ate, then we headed out to a bakery that was just around the corner that looked lovely.  They had nice coffee, but the cakes they had – oohlala – they were brilliant!  We sat on the waterfront and enjoyed the last bit of warmth we would see for the next few weeks, before going to the airport. 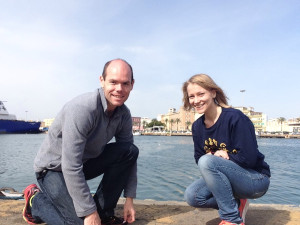 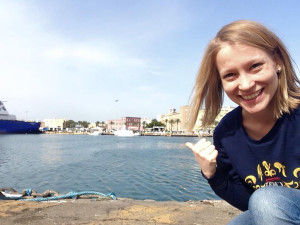 All in all it was a good short break.  The apartment was a good size, well located and inexpensive – but in the evenings it was very cold and we could here everything that the neighbours said or did, not that they were too bad, but you could really hear every word all the time!  Cagliari is a nice town, I would like to go when it is a bit warmer.  It was generally between 17-19 degrees when we were there and sunny, but it was always windy too.  I think when it is 25+ it would be a different experience there.  We didn’t have a lot of luck with food, with 1/3 restaurants being good.  I think that lies with us a little bit, but there were a lot of take-outs and not many typical Italian pizzerias like I remember from Venice when I was younger.

Well, that is my long winded review of our trip.  Now that we are back and it is freezing cold, I wish we were back in Cagliari.  The next planned trips are London for me, then the Netherlands for us together, and Italy in the Dolomites for me again.  I’d like to book another long weekend somewhere warm again in the first half of the year, maybe the south of France, Spain or Sicily this time though, who knows!