So just like last year, I had an early February 10k planned to see how my training has been going.  Since the last 10k I did 3 weeks ago I have been trying to lose weight.  I have managed to lose 1.5-2kg in the last 3 weeks, not extreme but not bad either.  I have been piling in the mileage too, so I was hoping to set a nice big PB today.

A look on the sign-up list online showed that TCEC had 3 male runners taking part, Bastian Schäfer, who I know is fast, Sebastian Dahl, who I know is fast, and me!  I got the train to Groß-Gerau and promptly got lost on my way from the station to the start.  It ended up taking me 40 minutes to get there, and when I did I found that there was no changing area, and one Portaloo for everyone!  I did a little warm up and got to the start line, where I saw Konrad another TCEC guy, who I know is really fast, I was worried I not even make the TCEC top 3! 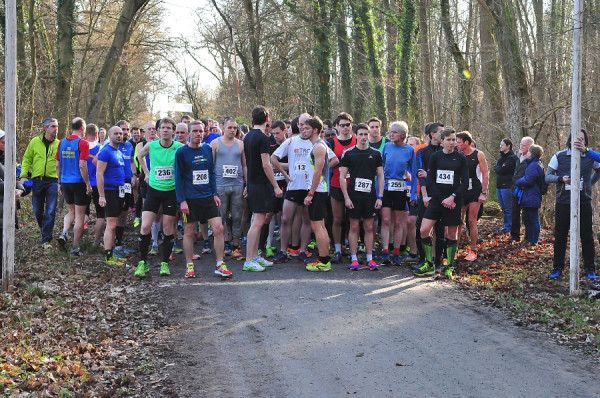 At 3pm the race started and lots of people went off very fast!  All of the TCEClers were ahead of me, but a look at my watch showed that the first km was in 3:30, so I wasn’t starting too slowly!  After 3km or so a guy passed me and I hung in behind him.  We passed Sebastian and moved on at a good pace.  After 5km I saw 18:10 on my watch, so all was going well and I was still under control.  I did consider letting my pace maker go, but he really wasn’t going faster than I could manage, so I kept in his slip stream.  After about 7km he seemed to slow and I passed him.  I looked forward and saw that Bastian was only about 25m ahead of me.  I was getting ever closer until after 9km I overtook him.  I didn’t feel like I could accelerate much, but I could hear that my previous pace maker was losing ground.  I tried to put in a little push, knowing that 36:30 was very possible.  I ran over the start line and sprinted the last 100m or so to the finish line for a hand timed 36:24 – a 40 second PB! 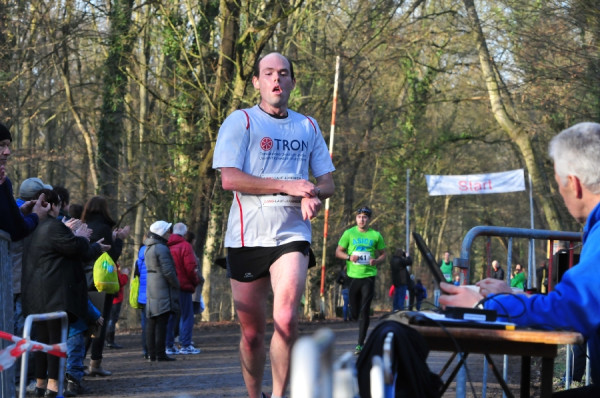 I wanted to wait around and see the results and maybe get an age group prize, but I found out that the whole ceremony was going to be held several km away in the town hall – not exactly ideal for someone without a car.  I’m not sure if I will be doing this one again, the course was good, but the lack of facilities and having to trek around town to get to the start and prize giving is a pain in the arse. 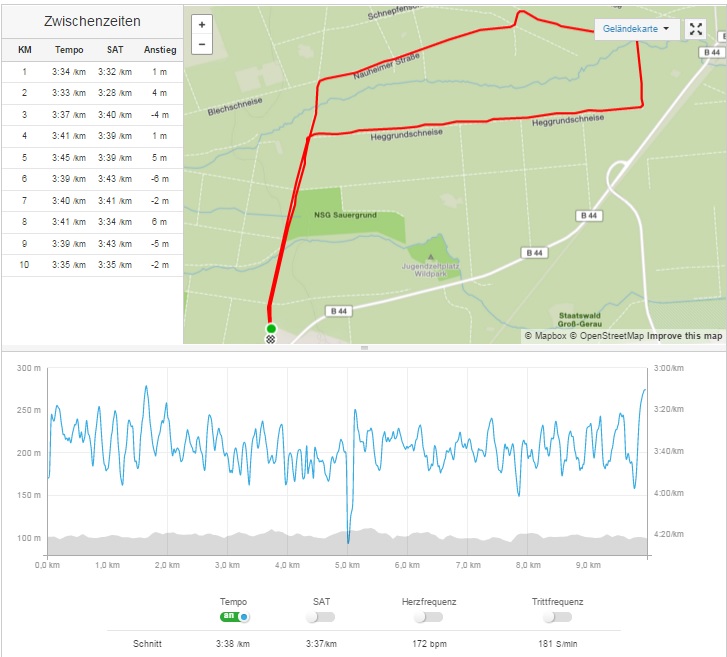 I am happy with my time though!  I feel like I am on the cusp of a breakthrough.  My next planned race is Frankfurt Half Marathon on March 13th in 5 weeks.  I am borderline for a sub-1:20, so a few good weeks of running, maybe a slight taper and keeping on with my diet, I should be good to smash my longest running goal time for a race!  I might do another 10k before Rotterdam, so that I can break 36mins and tick off my first goal of the year.