I feel like the training stress is building, I am switching between being pretty tired and being very tired!  The actual exercise is fine, but I am a bit stressed about getting everything done.  My diet has gone to pot, I need to get back on it.  I haven’t done any fast stuff for a while either, I mean I do some efforts when cycling, but I haven’t purposely run fast for a while.

This week is another big one, I won’t be on plan much, but I will still aim to get my 19.5h minimum done.  I will try to get my long run done during the week, so that the weekend is less stressful.

This was a good one.  I met up with Michael, Robert and Marco to do a training ride. We were on road bikes so we could train for the Zell team sprint in 2 weeks time.  I enjoy riding my road bike so much more than my TT bike!  It was also much more fun and more interesting than riding alone.  We rode for just over 3h, out against the wind, back with it, with an ice cream break in the middle – perfect!

Straight after work I went to the TBB outdoor pool. It was pretty empty as the weather wasn’t very good.  I only had a basic idea of what I would swim it was – 400m in 700m with pool ups every 100m, 400-300-200-100 arms, then some drills.  That is exactly what I did with 500m added on to get to 3000m.  It rained very heavily, which was a strange feeling.  The life guard told me that my right arm is too wide when I breathe to the right, something to look at.

I managed it, I did my long run during the week. It started off pretty well, the first 1h – 90m were fine, I was cruising and doing my normal run/walk.  It started slowly feeling a bit more tough after 90 minutes, I think I was low on carbs (I had eaten an omelette for breakfast and carrots/peas and a veggie stuffed pepper for lunch).

My heart rate started to rise and I wasn’t feeling as good as before.  I ran along the Rhein path for a long time, before turning in land against the wind and uphill to get home.  I was toast when I got home, but I had run 33.75km in 2h43, my heart rate was higher than normal, but still fine, on average, at 146bpm.

Tired, I just ran for 1h10. The weather looked dreadful as I set off, it was stormy and raining heavily.  I ran anyway, then after about 8km it completely cleared and was sunny and warm!  The storm was still going on over Frankfurt, I could see the lightning still.  I ran pretty fast at 4:35/km for 1h10 so 15km.

The weather was set fair, so I decided to do my long ride on Sunday.  I cycled a route I thought was 2h, but it was actually only 1h50 long and 59km. It was enjoyable, the wind was with me on the way back and I gave it some a couple of times on some climbs.

I had thought about doing the Ebersheim RTF, but woke up too late at 8:25.  I decided to have a more relaxed breakfast and set off at 9:30am. With no real plan, I set off south. After getting to Alzey, I headed towards Grünstadt.  The road to Grünstadt is quite nice, but also long and straight, so you can’t get lost.  I have ridden the road lots in the past for that reason, but have never reached Grünstadt as it is over 60km away.  This time I went straight on through and on to Bad Dürkheim.  I decided to stop to eat at a small town just after that. 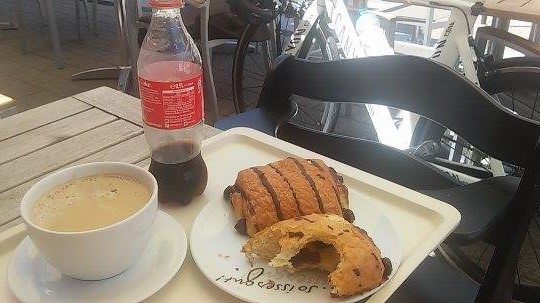 Not really knowing where I was, I set off towards Frankenthal, as I know that isn’t far from Worms. After finding Worms, I only had 100km on the clock, so I went over to Hessen for a longer route home.  I think I got lucky with the wind, it was a lovely tale wind all the way home and I was often cruising at 40km/h.  It was really warm though.  After a while I was up to 160km and near Mainz, it worked out nearly perfectly that I got home after 5h30 having covered 178km, basically an Ironman bike. 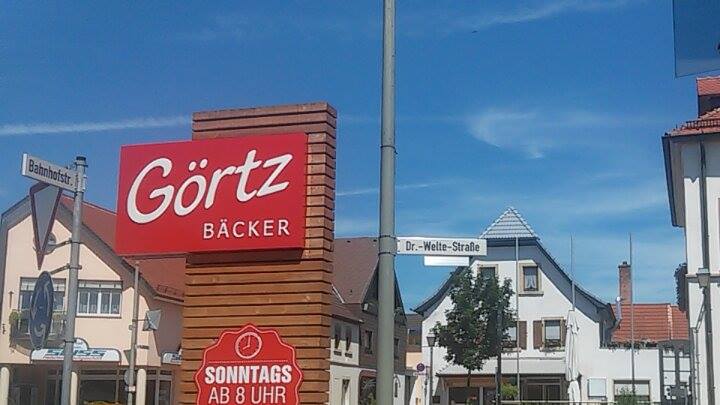 After a rest, I went for a run a bit later to finish off the week. It was pretty horrible. Warm, humid and flies everywhere, including all too often in my mouth or eyes.  I did it anyway and ran 12km in 58mins.

It was a very good training week for me. I did 19h43 of total training, with a good long run, a good long ride and I even swam 3 times!  There is just 1 big week left, then I am ready to taper!

Next week should be interesting, I have Tuesday and Thursday off work, so will go long on those days.  The week ends in Zell with our first league race of the year, we need to win it as it is a team sprint!  Looking forward to it.